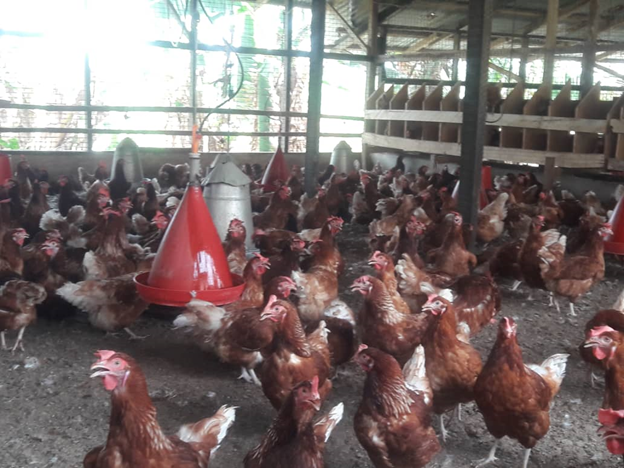 A rainstorm has caused extensive damage to a poultry farm at Yaakrom, a farming community along the Ghana-Cote D’Ivoire border in the Dormaa West District of the Bono Region, killing more than 6,000 birds.

The rains, accompanied by a windstorm, hit the community around 1630 hours and ripped about 90 coops and other structures, destroying the personal belongings of Mr Yaw Takyi Ansonama, the Managing Director of the Ansonama Farms.

Mr Francis Kwadwo Oppong, the Dormaa West District Chief Executive, Madam Justina Owusu-Banahene, the Bono Regional Minister, and other key staff of the Regional Coordinating Council (RCC) had since sympathised with the victim and his family.

Interacting with the management of the farm, the Regional Minister said she was shocked about the level of destruction and assured the victim of the RCC’s support.

She said the Council would collaborate with the National Disaster Management Organisation to assess the impact of the loss and see how best the government could support.

Madam Owusu-Banahene asked poultry farmers and other agri-businesses in the area to insure their property and plant trees around the farms to serve as windbreaks.

Mr Ansonama expressed appreciation to the Minister for the visit, which had provided him with some comfort.

He said the farms contained about 90,000 birds and provided between 300 to 400 direct and indirect jobs to residents, adding that because of the level of destruction it was difficult to shelter the birds.

He expressed concern over the rising cost of poultry feed, including soya beans, wheat bran, concentrates and maize, affecting their economic activities and appealed to the government to subsidise poultry feed importation.

China Evacuates 4,400 in Liaoning Due to Floods