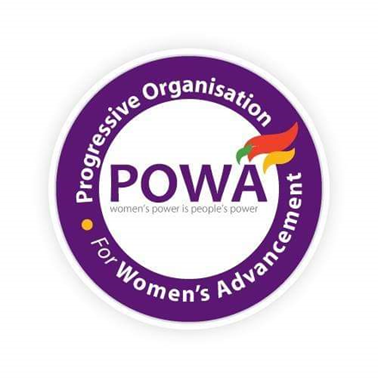 A statement copied to the Ghana News Agency (GNA) and signed by its Executive Director, Ms Victoria Lakshmi Hamah, said the organization welcomes the nomination of the distinguished female academician by a major political party as vice presidential candidate.

“POWA considers the decision as a tremendous personal achievement and milestone legacy of President John Mahama as well as a quantum leap for women’s political participation within the National Democratic Congress (NDC)”, the statement read.

It said, “POWA equally congratulates Prof. Jane Naana Opoku-Agyemang on her attainment of the high leadership position of great significance and responsibility and wishes to assure of its unflinching support towards her mandate”.

The statement condemned what it described as unfortunate ultra-reactionary narratives that followed the announcement, saying they were unjustifiably baseless and outdated views about women in Ghana.

Even more worrying, according to the statement, are attempts by some women’s right activists to minimize the significant affirmative action which is a revolutionary process that could achieve equity and equality for all genders, classes and groups in society.

“More so, the false rhetoric that Prof Opoku-Agyemang has not directly engaged in women’s rights activism, only signifies the lack of understanding of the historical and material positions of women across cultures”, the statement said.

It said, “Affirmative action is not the sole preserve of loud mouth gender activists, whose advocacy only reflects their parochial middle-class aspirations”.

It said through the delivery of her professional and public service duties, Prof Opoku-Agyemang, like many other ordinary Ghanaian women, has contributed significantly to the socioeconomic development of the country.

“Whereas POWA recognizes that the singular appointment of Prof Jane Naana Opoku- Agyemang does not necessarily translate into the immediate and broader aims and interest of Ghanaian women, it nonetheless represents a new level of commitment from the male dominated NDC to the cause of affirmative action”, the statement maintained.

The statement implored the Presidential candidates of the two major political parties to exercise their privileged historical positions of power to ensure that women represented at least 30 per cent of their ministerial and other high-level decision structures when they win the 2020 elections.