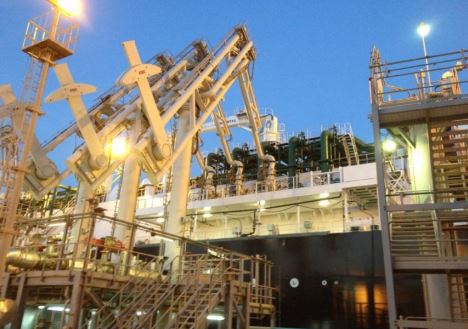 The one word resonating the daily conversation of our national life is power. For the urban dweller, entrepreneur, investor, a mother at home – power simply means reliable electricity. In an era of global competitiveness, power generation has become one of the critical ingredients for the realisation of Ghana?s development.

Ghana?s economic growth has been severely challenged due to the huge power deficit and the increasing demand for electricity, which is outstripping supply. Despite growing investor attention and attraction to local opportunities, the lack of capacity to generate enough power for industrial growth has been a disincentive.

Currently, installed capacity for power generation is estimated to be around 1,960 megawatts from hydro and thermal sources, growing at about 10 per cent annually. In the medium to long term, an additional 2000 megawatts would be needed to meet the demand.

Unfortunately, efforts to increase supply have been hampered by limited fuel supply due to rising costs and unstable rainfall patterns affecting hydro-generation. This is further compounded by irregular supply of gas from Nigeria which renders thermal plants such as the Asogli Power Plant non-operational.

This discrepancy between supply and demand has forced a dependence on Light Crude Oil which is costly. Ghana is estimated to spend about $1bn annually on light crude oil for power generation, resulting in an uncompetitive private sector characterised by high cost of production, high price of goods and services and low patronage of deliverables.

The country needs to double her energy capacity within the next four to eight years. Ghana will have to spend much more to purchase light crude oil to fuel power-producing according to the Volta River Authority (VRA) following the suspension of gas supplies from Nigeria on Tuesday September 17.

Gas supplies from Nigeria through the West African Gas Pipeline have been far below contracted quantities and very unreliable due to interrupted supplies. These major technical challenges have compounded the situation. Besides, Nigeria?s own natural gas demand is growing exponentially and according to VRA sources, Ghana cannot rely on the West African Gas Pipeline for future energy security.

Gas from Ghana?s own fields thought to be two decades behind schedule, is not likely to be available in sufficient quantities to meet the demand for another 10 years, according to experts. Clearly, the huge price the economy pays for the power deficit due to inadequate supply calls for immediate action to restore the path of economic growth and development.

With domestic and industrial demand estimated to be 10 -15 per cent annually, it is obvious that innovative options of identifying new sources of power generation are pursued.

The role of Independent Power Producers (IPPs) therefore becomes crucial. Yet, many IPPs find themselves hampered by a credit crunch and lack of sufficient credit to import fuel for power generation.

The Atuabo Gas Processing plant scheduled to become operational by the end of the year would only meet a portion of the demand in the Aboadze enclave – leaving the eastern corridor – Tema and beyond stranded. For the next 10 ? 15 years therefore, Tema would urgently need an alternative gas supply to fuel power generation and industrial growth.

Liquefied Natural Gas (LNG) which is priced at a – 20 -25 per cent discount compared to Light Crude Oil if brought on the shores of Ghana would fill in the gap. The Tema District?s existing power suppliers ? VRA, Asogli Power Plant, CENIT and others have neither the commercial nor financial capacity to respond to the government?s scheduled increase in power generation to 5,000MW by 2016.

The LNG initiatives such as the Quantum Power Ghana Gas Tema LNG project should therefore be welcomed and supported as such initiatives have the huge potential to propel economic growth.

In July 2014, Quantum Power Ghana Gas, a subsidiary of Quantum Power, signed an agreement with Golar LNG Golar to provide the project with the required Floating LNG Storage and Regasification Unit as well as technical, engineering, design and construction services. First deliveries of LNG begin early 2016.

Quantum Power has recently received technical assistance from a U.K- based civil engineering firm HR Wallingford, for an operational viability assessment study on its proposed LNG storage, regasification and delivery facilities at Tema.

In fact, an LNG terminal is security for industries in the country. It lowers fuel costs by 20-25 per cent (at least $200 million / year) encouraging expanded capacity to supply the industrial and social needs of Ghana and its neighbours.

While mining companies forecast drastic cuts in expenditure and are aggressively trimming their labour force, LNG not only holds short -term promise to supplement current renewable sources of power generation, but is flexible without additional infrastructure investments.

This means one could move from a base load of 250 MMscf up to 750 MMscf to match demand in Tema and beyond. It is the lowest cost and quickest gas solution to deploy. Initial gas supply by Quantum Power Ghana Gas is scheduled to come on stream in 2016.

Ghana would be living up to its regional potential and become a regional hub for supplying LNG to its neighbours.

LNG would provide a boost to energy supplies alleviating immediate pressure and ultimately strengthening the government?s position in negotiating gas prices with upstream investors. It also allows for properly planned infrastructure development and open opportunities for regional energy integration and trade in LNG.