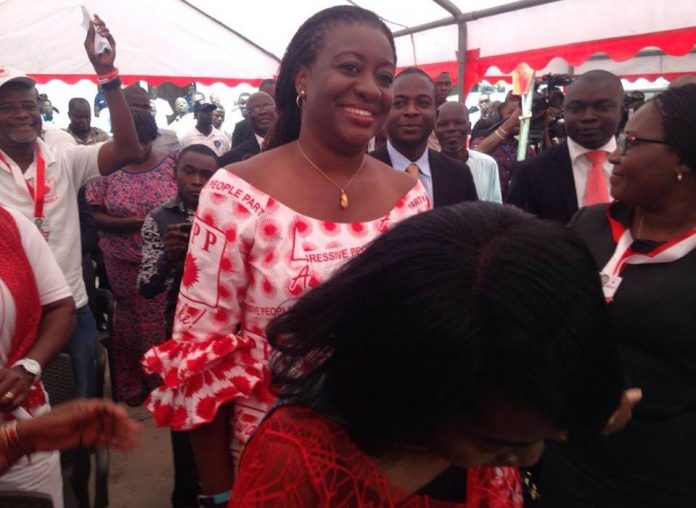 Ms Brigitte Dzogbenuku, Flagbearer for the Progressive People’s Party (PPP) says the Party will pass the Affirmative Action Bill into law in its first 100 days in office.

The Affirmative Action Bill seeks an equal representation and participation of both women and men in governance, public positions of power, and all decision-making spaces of the country and also requires all sectors to reserve a percentage of their employment for women.

The Flagbearer said PPP, when voted to power in the December polls would pass the bill in 2021 to empower females to rise the ladder of leadership in local governance and improve on their businesses to contribute effectively to the economy.

She said the Party would support local industries, use government purchasing power to create jobs out of local and indigenous skills, and remain accountable to the people.

Speaking to party faithful during her campaign tour of Tamale North, Ms Dzogbenuku said women played a very vital role in the upbringing of children and required much support from the government to do better.

She said some hands-on skills such as basket weaving, oil palm production amongst other indigenous productions done mainly by women would be given the needed support to meet international standards.

The PPP Flagbearer said the Party amongst other initiatives to curb corruption would empower citizens to vote for their Municipal and District Chief Executives and ensure that full percentage of the Assemblies Common Fund was paid to facilitate development.

“Five percent of revenue is expected to be given to the Assemblies but in the past, only 1.9 percent or 2.5 percent has been given to them; the PPP will make sure all is given to ensure development at that level.”

She described the Party as an inclusive party and urged the people to vote for the PPP come December 7 for development and employment for the youth.

Alhaji Kwame Mutala, Northern Regional Chairman of the Party, urged the audience to eschew violence and vote the number ten on the ballot sheet; Ms Brigitte Dzogbenuku as president.

He said the National Democratic Congress (NDC) and the New Patriotic Party (NPP) had both failed Ghanaians and that the PPP was the best option for the people.

The team spent two days in the Northern and Savannah regions.