Mr Dotse Anaglate, the 2019 Overall Best Farmer in the Ashaiman Municipality of Greater Accra Region, has appealed to chiefs and other national leaders to help in preserving farmlands from encroachment.

He also encouraged the youth to embrace careers in agriculture, saying it was profitable and rewarding, as it kept people alive and propelled national economic growth.

Mr Anaglate was addressing the celebrants at the Assembly’s 35th Farmer’s Day event, at which 15 others were rewarded for their distinguished output towards food production and security.

The national celebration is on the theme: “Enhancing Small Scale Agriculture Towards Agribusiness Development”.

His farm located at the Ashaiman Roman Down includes a poultry, cattle ranch, tilapia farm, a piggery, and a cold store.

Madam Woelorm Kunutsor Hyde is his First Runner-Up; with Mr John Akpalu as the Second Runner-Up.

The other award categories are: Best Crop Farmer – Stephen Fiati

Mr Albert Boakye, Municipal Chief Executive, commending farmers and fishermen for their sacrifices, urged the government and other stakeholders to support them to acquire advanced and smart technologies to enhance productivity.

“These climate-adaptation technological inputs would ensure that there is sustainable food production and security to meet the nutritional needs of the nation’s growing population”.

He said it was important to promote commercial farming to facilitate agribusiness development and profitability.

He condemned the encroachment on farmland by developers and the pollution of the canal through the dumping of refuse and solid waste.

Mr Boakye cautioned the perpetrators to stop, saying, the Assembly had put in place a team to enforce the law against such acts.

Dr John Nunya Agbemenu, Director of Agriculture, supported the appeal for smart technologies, saying it would make farming appealing to the youth.

He encouraged the youth to take advantage of the government’s interventions in the agricultural sector to become entrepreneurs.

“Investment in Agriculture is not a waste of resource”, he emphasised.

In an interview with the Ghana News Agency, Madam Hyde, a livestock farmer, urged those working in the corporate world to invest in farming as a complementary profession.

“Farming pays if you commit to it and invest appropriately,” she said.

Mr Akpalu also advised the youth not to consider farming as a business for the illiterate but seek the right guidance and go into it to end their joblessness.

Mr Gakpetor, who engages in mixed farming, advised persons with physical disabilities to go into farming instead of resorting to begging for their upkeep. 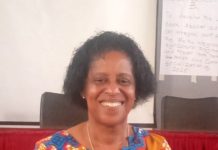