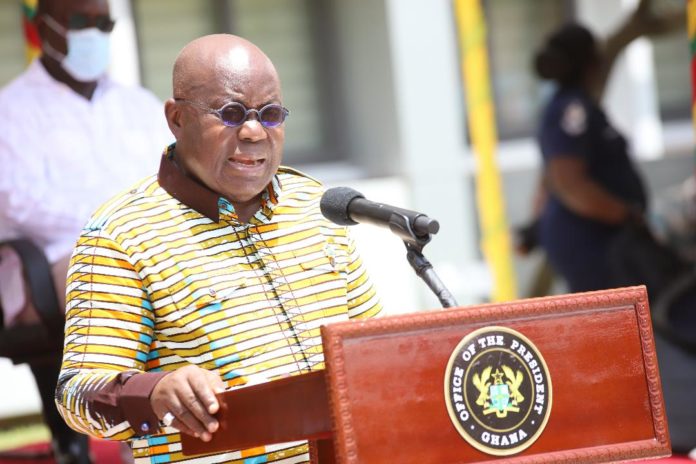 President Nana Addo Dankwa Akufo-Addo, has advised Ghanaians to avoid political violence, and express themselves through their votes on Election Day.

President Akufo-Addo who was speaking during a Regional Campaign tour of the Odododiodoo Constituency in Accra, said anyone who engaged in violence and intimidation, had nothing to offer Ghanaians in the first place.

He said as a country, there was the need to ensure collective efforts for peaceful election.”Africa and the entire global community is watching us.and they should see that we are disciplined,” the President said.

He expressed joy at seeing a great gathering of Ga Chiefs, Elders and people, adding that it signaled increased cooporation among the Ga people.

President Akufo-Addo said his government would do everything within its power to promote progress and unity among Gas, while he remained in power and urged Gas to strive towards living peacefully with each other saying, “Most importantly, we need peace in Accra during these elections. An election is a chance to make your choice of governance through voting, it is not a fight,” he said.

In attendance were; Chiefs and Elders of Ga Land, as well as a large crowd of NPP party supporters and sympathizers, amidst a lot of dancing singing and display of NPP party colours.