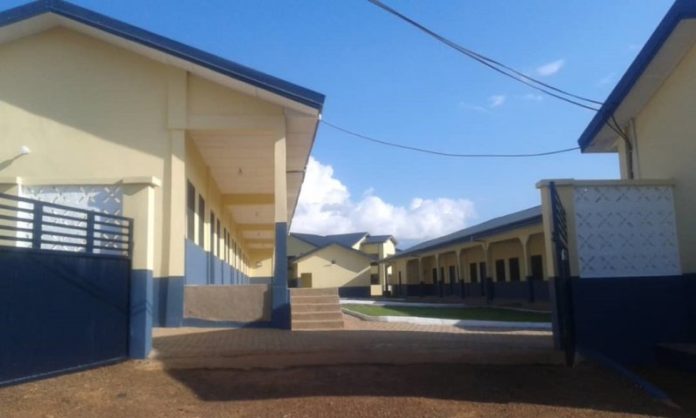 President Nana Akufo-Addo has commissioned a two-storey teachers bungalow and a single storey boys dormitory GetFund projects for use, at the Attafuah Senior High Technical School at Akyem-Oda in the Birim Central Municipality.

As part of his three-day tour of the Eastern region, the President inspected ongoing works of a 20-kilometre asphaltic overlay of the Oda Township.

Speaking at the ceremony, the President said developmental projects were ongoing in every part of the country to improve the living conditions of the people and assured that he would deliver all his promises to the people.

Mr Kwasi Amoako-Atta, Minister for Roads and Highways who accompanied the President on the tour indicated that all roads awarded on contract in the region were progressing steadily and assured the Chiefs and people of Oda for more roads to ease their burden.

He said that the government was constructing roads as well as reshaping deteriorated roads especially in the rural areas to ensure smooth movement of foodstuffs to market centers and appealed to the people to give NPP four more years to complete their roads infrastructure projects.

The President also cut the sod for the construction of a two-storey Dormitory block and dining hall facilities for Akyem-Takorasi Senior High School and inspected ongoing works of the Oda-Amanfropong road.