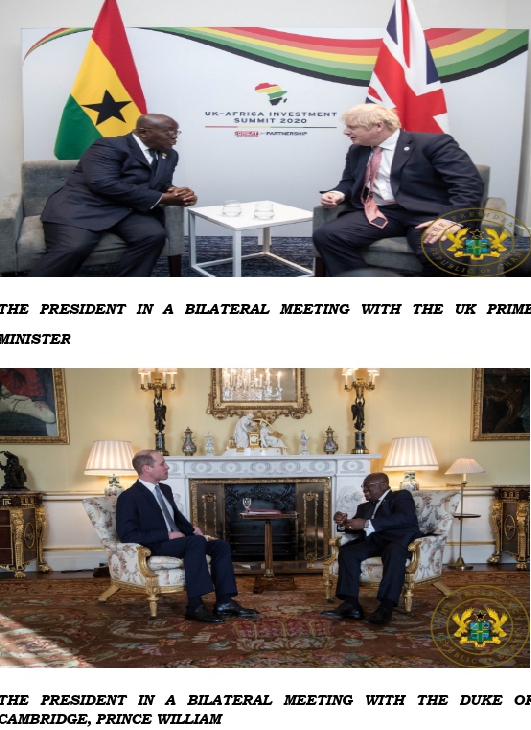 His Excellency, Nana Addo Dankwa Akufo-Addo, the President of the Republic of Ghana has called on the United Kingdom to increase its bilateral investment in Africa. The President made the statement during the first UK-Africa Summit held in London on Monday, 20th January 2020 at the prestigious Intercontinental Hotel, O2.

The Summit is to lay the foundation for new partnerships between UK and African nations based on trade, investment, shared values and mutual interests.

It was aimed at bringing together African leaders, UK and African business representatives, international institutions, investors and young entrepreneurs with a focus on creating partnerships between the UK and the continent. 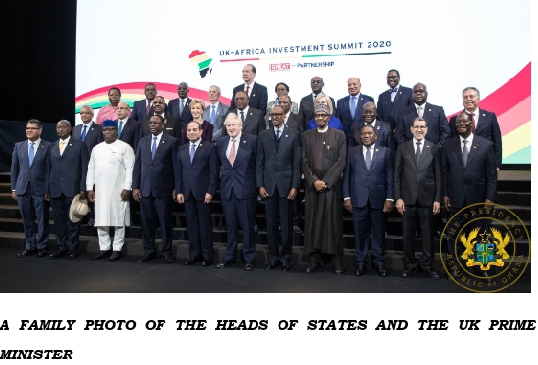 In attendance were twenty-one African Countries including Ghana, Kenya, Ethiopia, Egypt, Nigeria, Malawi, Mauritius, among others.

The Summit focused on key areas such as Sustainable Finance and Infrastructure, Trade and Investment, African Growth Opportunities, and Clean Energy Transformation.

The UK Prime Minister, Boris Johnson in his opening and welcome remarks, quoted a popular Akan proverb, ‘All fingers are not the same’ (Nnsa nyinaa enye pe) to underscore British unparrelled leadership role in Africa. 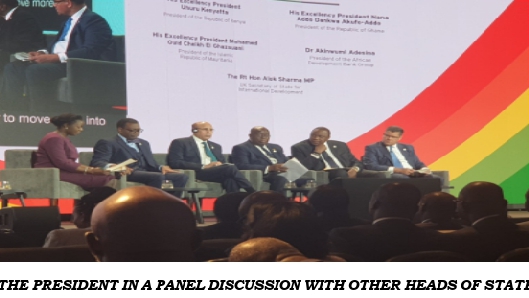 He stated among other things that he was passionate about the African continent and as Foreign Secretary had visited more African Countries including Ghana than any other senior British politician.

He added that the Summit was long overdue given the enormous potential of the African continent and the eagerness of the United Kingdom to partner with the continent for the mutual development and prosperity of all.

He acknowledged that the world was indeed competitive but added that even though he was aware that many blocs were courting the African continent, the United Kingdom was the ultimate one-stop shop for an ambitious and growing international economy.

On a panel discussion on Sustainable Finance and Infrastructure, which featured Head of States including Kenya, Mauritania, Ghana, and the President of the African Development Bank, President Nana Addo Dankwa Akufo-Addo observed that the negative perception of Africa hinders growth and makes doing business in Africa expensive.

He further alluded to the fact that the illicit transfer of funds from the continent by multi-national companies should be addressed by the global community. 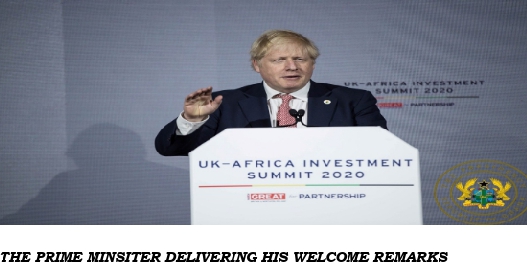 The President also held bilateral meetings on the margins of the Summit with the Prime Minister of the United Kingdom as well as the Duke of Cambridge, Prince William on matters of mutual interest and the deepening of our relations.

In his closing remarks, Rt. Hon. Alok Sharma, the Secretary of State for International Development mentioned that the UK Government has a special focus on Africa especially at the time that the UK is exiting the European Union.

He acknowledged that as Africa grows and develops, international partnerships and investment is key to unleashing the potential and delivering a better future for young people in the continent. He reiterated the fact that the UK is best placed to partner Africa in this competitive global economy for our mutual benefit.

During the Summit Ghana and the United Kingdom signed agreements worth three hundred and twenty-six million pounds sterling (£326).