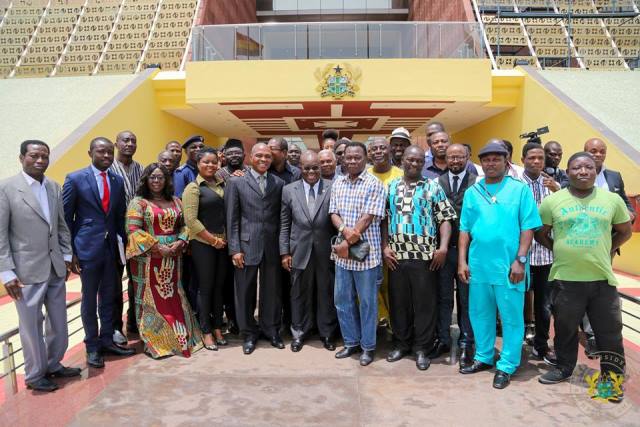 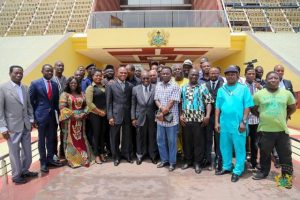 The President made this known when a delegation, comprising the leadership of the Ghana Boxing Authority, led by its Chairman, Peter Zwennes, current and former Ghanaian boxing champions together with promoters, paid a courtesy call on him at the Presidency on Thursday.

The purpose of the visit was to congratulate him on his election as President of the Republic, and to invite him formally to the “Freedom Fight Night” which is part of the year-long celebration of Ghana’s 60th Independence anniversary.

President Akufo-Addo pledged the support of his government towards the revival of boxing and other sporting disciplines in the country during his tenure of office.

He then stated: “I am going to disappoint my wife. She was going to take me somewhere that evening, but I am going to find time to come to Bukom.”

Bantamweight prospect Duke “The Baby Faced Terminator” Micah will also take on Jonathan “El Fenix” Aguilar of Mexico, in a 12-round bout for the WBC International Silver Bantamweight Title.