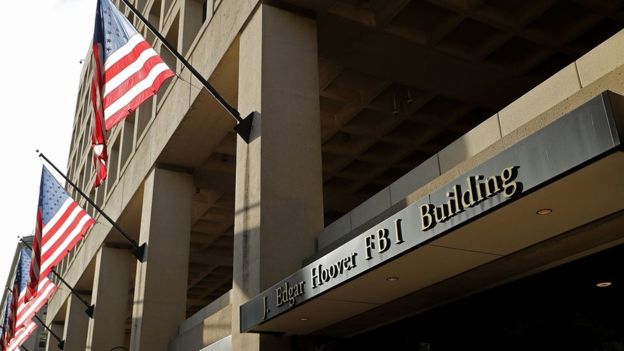 US President Donald Trump says he could announce a replacement for fired FBI Director James Comey by late next week.

He told reporters it was “possible” he could name someone by Friday, before he leaves for his first foreign trip.

Defence lawyer Alice Fisher was the first candidate interviewed at the justice department, US media report.

But about 11 people in all are reportedly being considered for the position, which requires confirmation in the Senate.

President Trump has faced a backlash for sacking Mr Comey, who had been investigating alleged Russian meddling in the US election.

He told reporters travelling with him on Air Force One that he wanted to move quickly to find a new FBI director. He said the candidates were “outstanding people” and “very well known”.

Fox News quoted a government source as saying they were moving “quickly and expeditiously” to find a replacement, adding: “We’re doing our due diligence – we are not going to cut any corners.” One of those being interviewed is Republican Senator John Cornyn, the second highest-ranking member of the Senate and a former Texas Attorney General.

Mr McCabe was the FBI’s deputy director until he stepped up after the abrupt departure of his boss. He appeared to contradict the White House this week when he described the inquiry into alleged Russian meddling in the US election as “a highly significant investigation”.

He also cast doubt on White House claims that Mr Comey had lost the confidence of FBI staff.

Ms Fisher was an assistant attorney general for the justice department’s criminal division. She currently works at a law firm.

The other candidate named in the US press is New York Appeals Court Judge Michael Garcia, a former New York prosecutor.

Meanwhile, President Trump is facing growing questions about whether he secretly recorded his conversations with Mr Comey. 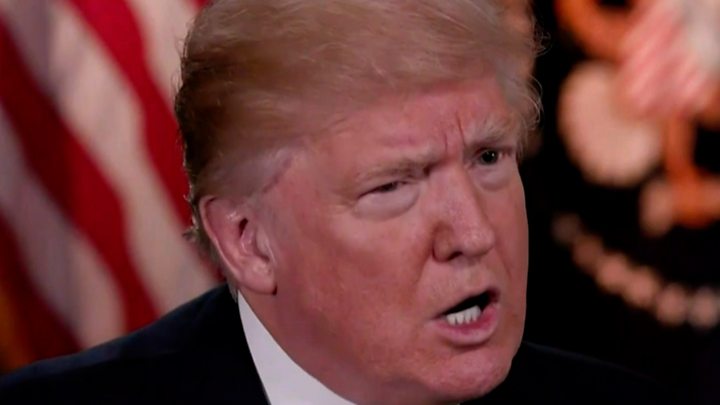 In a tweet, Mr Trump appeared to issue a thinly veiled threat to Mr Comey, saying he had “better hope there are no tapes” of their conversations.

The BBC’s Laura Bicker in Washington says Mr Trump was referring to a private White House dinner in January during which the president claims Mr Comey assured him he was not being investigated over alleged links to Russia.

Mr Trump seemed to be suggesting that he would release recordings if Mr Comey gave his own version of events, she adds.

In an interview with Fox News Mr Trump said that he didn’t want to discuss the matter and that all he wanted was for Mr Comey to be honest.

President Trump has previously told NBC News that Mr Comey requested the one-on-one dinner, but the former FBI director reportedly maintains it was the president who invited him.

Mr Comey had said he was “uneasy” before the dinner, according to former Director of National Intelligence James Clapper.

On Friday, the White House denied reports that President Trump had also asked Mr Comey to pledge loyalty to him.

According to a report in the New York Times, Mr Comey said he would offer the president honesty, but not loyalty.

Mr Trump’s behaviour has provoked fresh comparisons between his administration and that of disgraced President Richard Nixon, who famously recorded conversations, speeding his downfall during the Watergate scandal.

Senior Democrats on the House judiciary and oversight committees wrote to the White House on Friday demanding copies of any recordings.

John Conyers and Elijah Cummings’ letter noted “it is a crime to intimidate or threaten any potential witness with the intent to influence, delay or prevent their official testimony”.