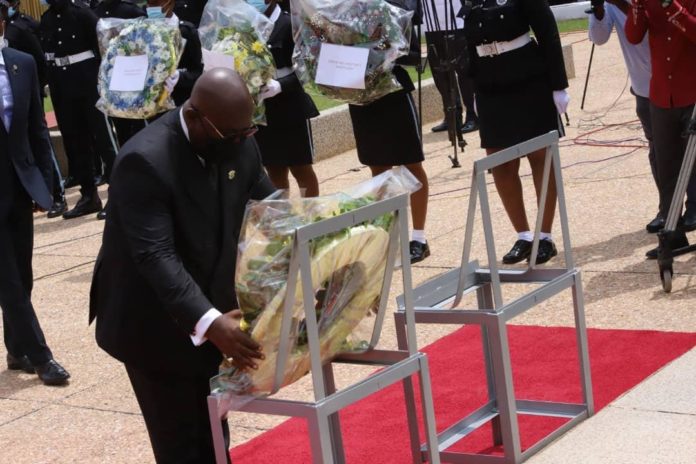 President Nana Addo Dankwa Akufo-Addo Monday joined the Ghana Police Administration to remember serving and police officers who lost their lives in line of duty in the course of the year.

In all, 14 police officers died through motor accidents and various hazards they were exposed to while performing their duties.

The ceremony is a special day set aside every year to celebrate serving police officers and officers who lost their lives, while performing their lawful duties.

President Akufo-Addo lit the perpetual flame and commiserated with the bereaved families.
The President also toured the Cenatoph and signed the Remembrance Book.

During the sermon, ACP Very Rev. Frank Twum-Baah, Second-in-Command of the Religious Affairs Department, Ghana Police Service, prayed for peace and strength for the relatives of the fallen heroes in such trying moments.

He said the fallen police officers sacrificed their lives for the peace of others and the nation at large.