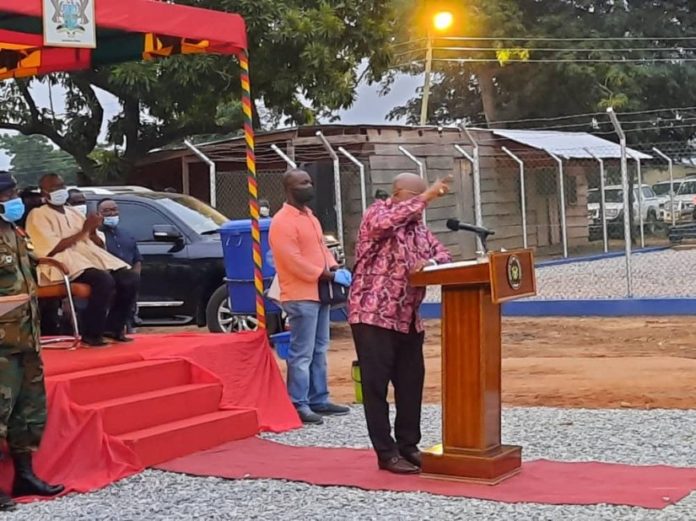 President Nana Akufo-Addo, on Monday, inaugurated the Yapei Water System to extend potable water to 18,149 residents in five communities in the Central Gonja District of the Savannah Region.

The facility is thus providing relief for the residents of Yapei, Yipala, Fufulso, Nyangwuripe and Ntereso, who have hitherto had to walk long distances in search of water, especially during the dry season.

President Akufo-Addo, in an address at Yapei to inaugurate the facility, said similar projects had been executed in 10 regions across the country.

He gave the assurance that the Government would continue to supply water to the people and advised the beneficiaries to take good care of the facility.

He assured the Chief of Yapei that his request for the creation of a district, establishment of a senior high school and fire station at Yapei would be honoured.

President Nana Akufo-Addo expressed his revulsion at the killing of Madam Akua Denteh, an old woman at Kafaba, in the East Gonja Municipality of the Savannah Region saying, it should not happen again.

In a video, that has gone viral, the woman was accused of witchcraft by a traditional priestess and, subsequently, lynched.

He called for quick action on the part of the Police Administration to ensure justice for the woman.

Yapeiwura (Chief of Yapei) Alhassan Suale, expressed gratitude to the Government for fulfilling its campaign promise to extend potable water to the area.