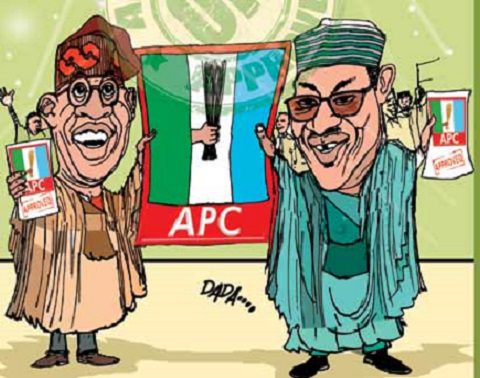 The All Progressives Congress (APC) has urged President Goodluck Jonathan to show leadership by example instead of engaging in mere rhetoric, saying talk becomes cheap the moment words lose their meaning

In a statement issued in Lagos on Friday by its National Publicity Secretary, Alhaji Lai Mohammed, the party said President Jonathan?s exhortations at a Christmas service in Abuja on Thursday would have carried weight if the President had acted in such a way that his compatriots would not doubt his sincerity. It wondered how the President could admonish others to avoid sowing the seeds of discord and hatred through their utterances when that is exactly the stock in trade of his political associates, supporters and spokespersons.

?Everything that the President?s political associates, supporters and spokespersons have done has been geared toward creating division among Nigerians and sowing the seeds of discord and hatred, and the President is not on record as having ever called them to order.

?Recently, Chief Edwin Clark, a die-hard supporter of the President, said glibly that if the opposition has its way it can poison or kill President Jonathan just to take power. No statement could be more absurd and incendiary, yet the President never called him to order.

?Another dyed-in-the-wool supporter of the President, Mujaheed Asari Dokubo, said on national television that there will be blood on the streets if President Jonathan is not re-elected in 2015. He also said ?we will not take any prisoner of war. It will be total battle?, but the President never uttered a word in his rebuke.

?Since President Jonathan?s main opponent in the 2015 elections, Gen.Muhammadu Buhari, emerged, his party members and spokesmen have been falling over themselves to pour invective on him and his party, the APC. The National Secretary of the President?s party, Wale Oladipo, called the former head of state a ?semi-literate jackboot?, Doyin Okupe lambasted Gen. Buhari for not stealing money during his many public appointments while PDP spokesman Olisa Metuh issued his most jejune statement to date just to pillory the APC and its leaders.

?In all this, President Jonathan never saw a comment that could fan the embers of discord and hatred. Having failed to call his spokesmen, party members and supporters to order when they made incendiary comments, President Jonathan has lost the moral authority to call anyone else to order for the same wrong doing,? APC said.

?Nigerians are more divided along ethnic and religious lines today than at any time in the history of the nation, and this is traceable to the President. President Jonathan should therefore look inwards and stop being sanctimonious.

?On our part, we say, without equivocating, that we do not need any admonition from anyone, least of all a holier-than-thou President, to avoid actions that could divide the people or create discord or hatred. We are a party of peace, inclusiveness and concord, so President Jonathan should first speak the truth to his party before saying it to anyone else,? it said.

Politicians must not be appointed to head security ministries – Expert