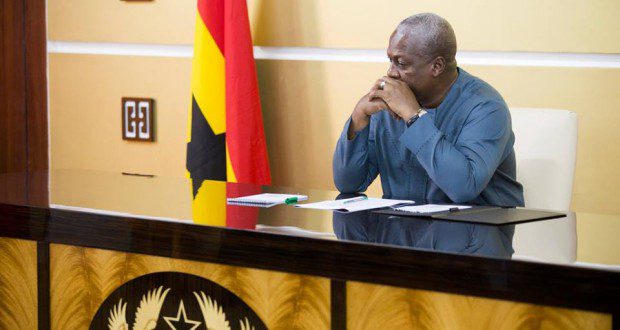 The Leadership of Akufo-Addo For 2016, UK Campaign group, a voluntary group of Ghanaians domiciled in the United Kingdom, have decried the insensitive and wicked nature of John Dramani Mahama?s administration on the plight of the Ghanaians, for stealing huge sums of money from them through oil sale in Ghana. The group dedicated to supporting Nana AKufo-Addo’s bid to be elected as Ghana’s President in 2016 argues that, motorists and ordinary Ghanaians, have, for a long time held suspicion that Ghanaians have been subjected to a continuum of ripping off by the government through a system best described as ?rocket and feather effect?. The “rocket and feather effect” means that, when there is a rise in oil prices, the Ghana government passes on the full increase in the cost to Ghanaian consumers, causing the price per litre/gallon of petrol, diesel, etc at the pump to go up like a rocket, yet when OPEC price drops, it satisfies the theory of ‘pump prices only’, which drifts down like a feather, whereby the Ghanaian consumer doesn’t feel any reciprocal drop. The accumulated difference in price therefrom, becomes the government’s mystery goldmine and source of thievery.

The group has closely observed that through this system, life and living conditions have persistently become difficult for the ordinary people. Though Ghanaians have not yet openly and publicly reacted to this insensitive attitude of the gov?t, a feeling of begrudging is overtly simmering.

Akufo-Addo for 2016, UK Voluntary Campaign Group argument is supported by the recent announcement made by the National Petroleum Authority to have reduced petroleum price in Ghana by a meagre two percent, when oil prices have plunged almost half, from $115 per barrel to about $70 per barrel as at today.

A fall in oil price is always good for consumers in every country, especially the economy in developing countries. Transport costs feed into the price of every product, therefore whenever oil gets cheaper, everything becomes cheaper, but unfortunately, not in Ghana under the government of John Mahama and his NDC. Even as all indications and many recognised experts have forecasted that oil price will continue to fall or stay below $80 per barrel for a long while into 2015.

The group has chronicled a series of this consistent fall in the world’s oil price and its effect, saying, the falling factory output in China and the onset of recession in Europe mean that a continuing fall in the demand for crude oil is inevitable. The recent return to oil production in Algeria, Libya, Iraq and Iran means that the world is already oversupplied with crude oil. The astonishing rise in production by hydraulic fracturing in the USA means that America is also increasingly self-sufficient in oil.

When supply exceeds demand, a fall in the price of any product is inevitable. With this background, it is obvious that, when a market is over supplied, prices continue falling until enough suppliers are forced out of the market, to reduce supply to the level of demand. Often, most affected are the medium and smaller oil producers. At that point, prices often start to rise again. This is a classic explanation of the causes of recession and recovery. However, the oil market is slightly different, the group has explained.

Further supporting their reasons with facts, as to why they think Mahama’s government has been very insensitive and diabolical on Ghanaians, include refusing to reduce fuel prices drastically in Ghana by now, in regard to an ever plummeting oil price worldwide. The Akufo-Addo for 2016 group has cited an example that, Saudi Arabia is by far the largest crude oil producer in OPEC, although on a global scale, their output is exceeded by Russia. As a matter of fact, it has always been in Saudi Arabia’s interest to keep the price of oil high. This is because, despite decades of wealth, the county hasn’t managed to produce any other industry that could sustain the levels of state spending to which the country has grown accustomed.

As known, the group’s statement intimates that, Saudi Arabia often issues threat of reduced production to achieve high oil prices, just to give it a very powerful voice in the world of politics, and it is particularly adept at co-opting American military might to its pet causes. Suddenly, Saudi Arabia has switched its policy.

Saudi increased its production in September 2014, and not only fails to support the current price but seems to be actively pricing its sales to drag the global price of oil down. The country is now selling at a price lower than the level it needs to maintain State spending. It is dipping into reserves to enable it to undercut its rivals. The OPEC alliance has also split, whiles old rivalries in the Middle East are driving the current fall in oil prices.

Clearly, this shows an anticipated sustained fall in oil price on the world market, therefore, why has the Mahama/NDC government been so heartless, wicked and adamant to reduce the price correspondingly in Ghana, at least, to ease the suffering of the majority?

Another interesting scheme that this Mahama-led government wanted to use to further steal from the people, was when the officials argued recently that they were going to hedge oil price in Ghana, even at a time when the world market price was falling consistently. That was beggars belief to hear that argument.

The fact is, the best timing for any price hedging in order to mitigate any posible loss by counterbalancing any posible hype in prices is obviously when prices are anticipated to rise. Therefore, how on earth could any good and rational leader think of hedging a price at a time when prices are free falling, if in fact and indeed, such leaders do not aim at stealing?

The spate of looting and corruption in the country is too worrying. Ghana deserves far better than this ineptitude, mismanagement and corruption. A Change of administration is ripe. Ghana deserves a leadership that is poised to prepare the future from today. Ghana needs a proven incorruptible leader like Nana Addo Dankwa AKufo-Addo to steer the affairs of our beloved country.