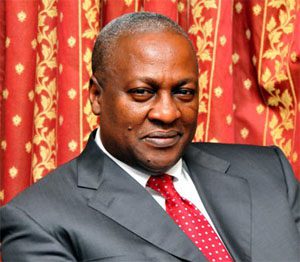 He is expected to join his colleagues in the general Assembly deliberations, hold bilateral talks with other leaders and make a case for investment in Ghana and the whole of the West African sub region.

Mr Ben Dotsei Malor, Head of Communications and Presidential Spokesperson, who announced this in a media briefing at the Flagstaff House in Kanda, said apart from those engagements, President Mahama is also expected to deliver some lectures at Havard and other Universities.

Mr Malor said President Mahama would also make a case on the plight of Ebola patients in Guinea, Liberia, Nigeria and Sierra and seek remedial measures that would stem the spread of the virus disease in the sub region.

He said President Mahama is also expected to host and chair a meeting on energy efficiency before traveling to the United Arab Emirates for some business and bilateral discussions on October 1.

The Head of Communications said President Mahama would return to Ghana in the first week of October.