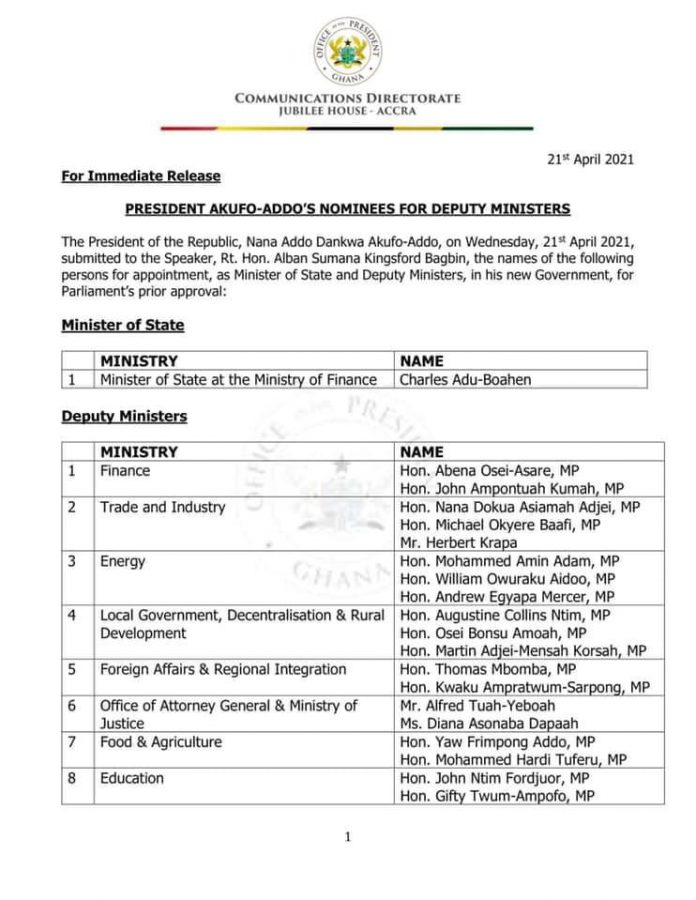 President Nana Addo Dankwa Akufo-Addo has submitted the names of 40 persons to be vetted by Parliament for appointment as a Minister of State; and 39 deputy ministers, respectively, in his second term administration.

Mr Charles Adu-Boahen is the nominee for the Minister of State position at the Ministry of Finance.

Attached here is the list released, on Wednesday, to the Speaker of Parliament, Mr Alban Kingsford Sumana Bagbin, as stated in a release signed by Mr Eugene Arhin, acting Director of Communications at the Office of the President, and copied to the Ghana News Agency, in Accra. 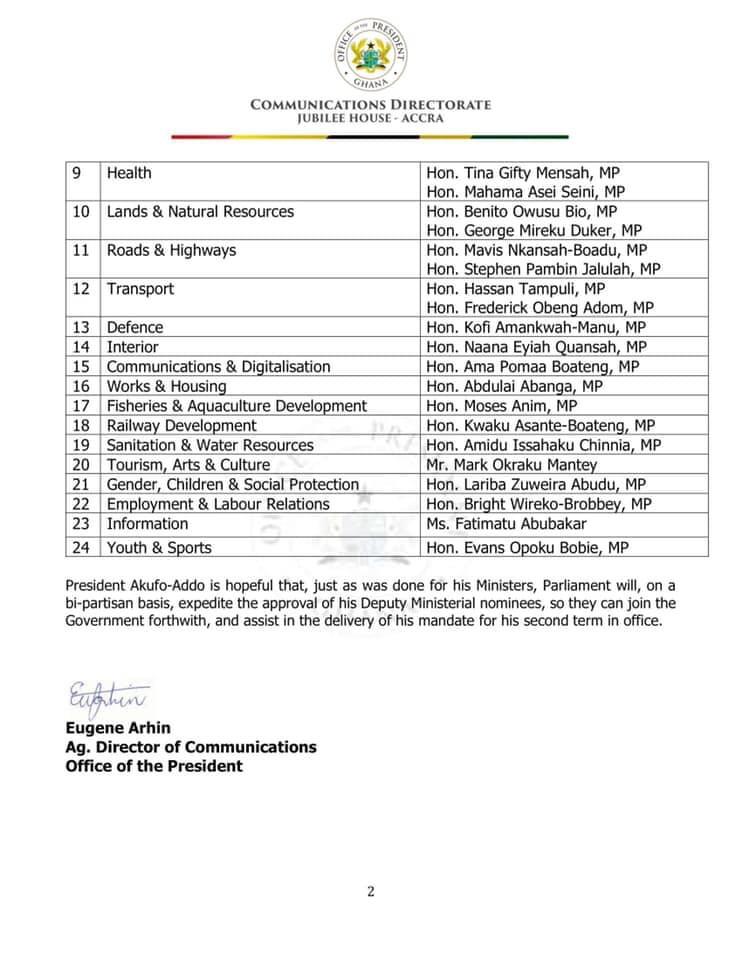