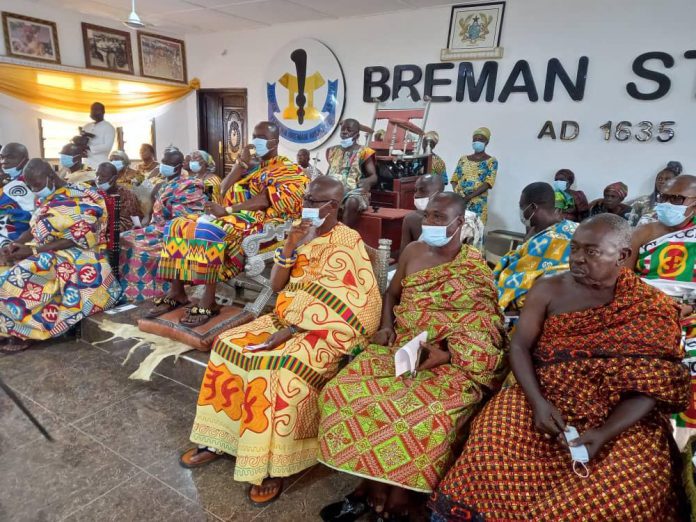 The President of the Central Regional House of Chiefs, Odeefuo Amoakwa Buadu VIII, has been honoured for his dedicated and distinguished leadership.

Chief Imam Osman Nuhu Sharubutu, National Chief Imam, was the first recipient of the award for his distinguished service to Mankind and his contribution towards peace and tranquillity prevailing in the country.

The citation reads: “We congratulate you for your new position as the President of the Central Regional House of Chiefs”.

“We hope your rich expertise both at home and abroad in the corporate world will come to bear on the traditional set-up.”

Mr Addison also presented a certificate of recognition and copies of his book on managing children’s emotions.

Odeefuo Amoakwa Buadu, who is the second recipient of the award, expressed his appreciation to the two organizations for selecting him and also thanked them for working towards the well-being of children in particular.

He expressed appreciation to his divisional and sub-chiefs for the support and called for continuous assistance to achieve the transformation of the area.