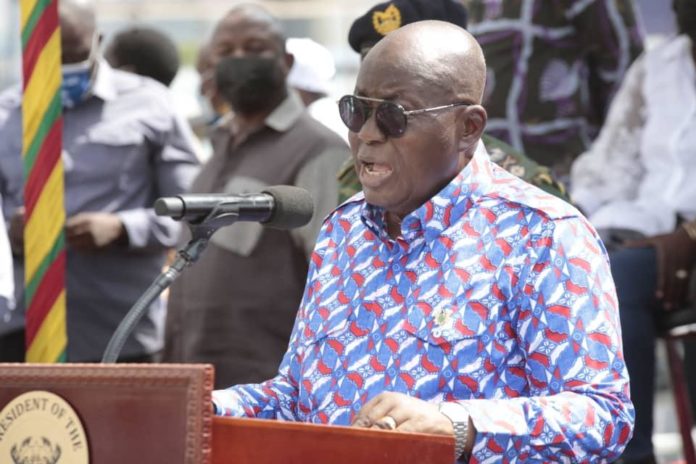 President Nana Addo Dankwa Akufo-Addo has assured the people of Adamorobe in the Eastern Region of the rehabilitation of the 7.4 kilometre road in the area to alleviate their travelling difficulties.

The road, which links the community to Oyibi and Aburi Jamacaso in the Akuapem South District, is in a deplorable state and transport operators had refused to ply it.

President Akufo-Addo gave the assurance when he made a courtesy call on Nana Otuobour Djankwasi II, Chief of Aburi and the Omanhene of Akuapem South, during his campaign tour of the Eastern Region.

Nana Akufo-Addo appealed to the people to renew his mandate for another four years and vote for the parliamentary candidates of the New Patriotic Party (NPP) for the development of the nation.

The President was later enstooled the Mawerehene (trustee) of Aburi, by Nana Djankwasi.