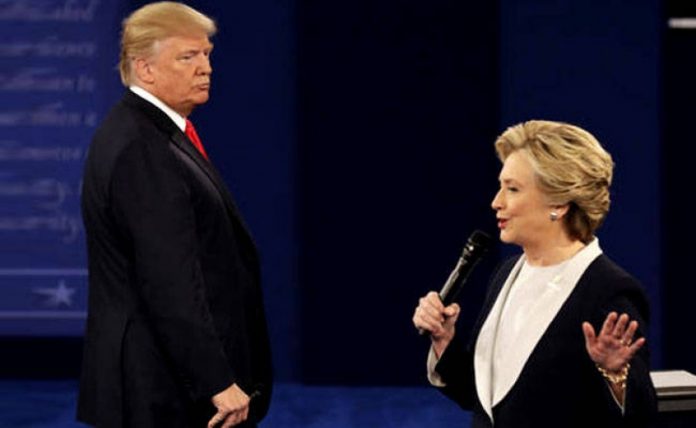 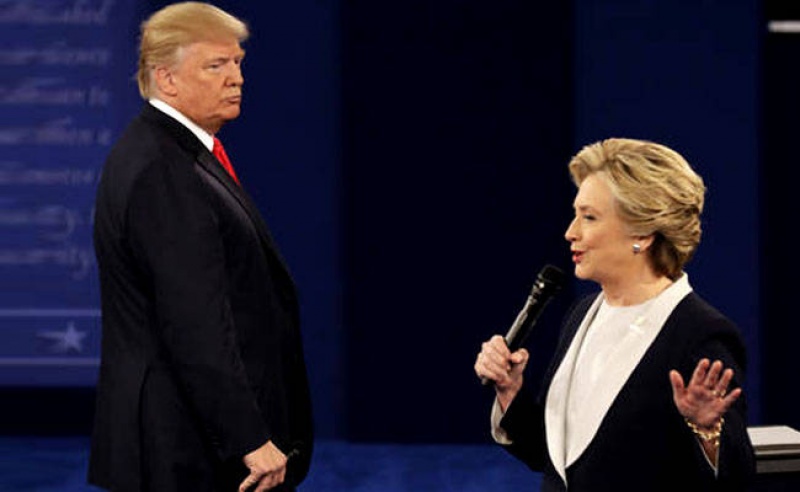 Both nominees enter Wednesday’s presidential debate — the final showdown of the election season — with historically high unfavorability ratings, and need to convince undecided voters why the country would be worse off with their opponent in the White House.

The match-up also comes as Trump is making perhaps his most outlandish argument yet — that the 2016 election is rigged to help Clinton win. Clinton, meanwhile, will have a fresh set of questions to answer around newly released hacked emails and fresh revelations about her use of a private email server at the State Department.

If the last two debates are any indication, Wednesday night promises to be contentious, theatrical, and unpredictable. Here’s what to watch:

Will Trump insist the election is ‘rigged?”
With his national poll numbers sliding and Democrats making a strong play for Republicans strongholds like Arizona, Trump is issuing a fresh warning to supporters: If I lose, don’t believe the results.

His message that the election is “rigged” and that the political system is skewed to guarantee a Clinton victory, shows Trump taking his distrust of the media and propensity to fuel conspiracy theories beyond what even he has exhibited previously.

It’s a scorched-earth strategy that the Republican nominee appears likely to stick to before millions of viewers on Wednesday night, even though many of Trump’s fellow Republicans have repudiated talk of a rigged vote.

Trump’s critics argue that his insistence that the election is rigged simply underscores the nominee’s growing pessimism about his Election Day prospects.

At a news conference in the White House Rose Garden on Tuesday, President Barack Obama mocked Trump for “whining before the game’s even over.”

There is “no serious person out there who would suggest somehow that you could even rig America’s elections,” Obama said.

Trump’s theatrics — and can Clinton “go high?”
Trump managed to catch almost everyone by surprise at the second debate in St. Louis last weekend.

Less than two hours before the event, Trump convened a media availability featuring women who have accused Bill Clinton of sexual misconduct in the past. Trump then invited that group to sit inside the debate hall — no doubt a move aimed at throwing Hillary Clinton off of her game.

The entire spectacle was a reminder that there is nothing predictable about the nominee, and there’s no telling what theatrics the GOP nominee might resort to in Las Vegas. His campaign has already announced they will bring Obama’s Kenyan-born half-brother, Malik, and Patricia Smith, mother of Benghazi victim Sean Smith, to the debate.

Trump could be in an especially volatile mood as he tries to beat back a flood of new allegations that he had inappropriately kissed or groped women and is on the defensive about his flailing poll numbers.

Clinton has so far responded to Trump’s bombast with a strategy most famously articulated by Michelle Obama: “When they go low, we go high.” The Democratic nominee appears likely to stick to that theme Wednesday.

At the very least, Trump’s top advisers say that they would prefer a final debate focused on substance and policy, rather than the troubling accusations that have recently overwhelmed their candidate.

“If it were up to me this entire conversation would be about what I know the people would want it to be about, which is the issues,” Trump’s campaign manager Kellyanne Conway told CNN’s Wolf Blitzer on Monday. “They want this debate to be about health care and terrorism and the economy and taxes and corruption and government.”

Despite these comments from his own campaign manager, Trump has repeatedly struggled to stay focused on policy, choosing instead to unleash attacks on various foes like House Speaker Paul Ryan or former Miss Universe winner Alicia Machado.

Steady and practiced: Will it work for Clinton again?
If Trump’s debate performances have been unpredictable and his debate preparations unconventional, Clinton has stuck to the most traditional playbook — practice, practice, practice.

The Democratic nominee has kept a grueling debate prep schedule ahead of each of the three debates, even clearing her calendar of campaign events for days at a time. (Sunday, she held a six-hour prep session at a hotel near her home in New York.)

All of the time spent hunkered down with advisers appeared to pay off in the first two debates — Clinton has avoided major gaffes; consistently fact-checked her opponent; and stuck to a collected demeanor on stage.

But the political terrain on Wednesday night will be tricky to navigate, even for a practiced debate veteran.

Over the last week, WikiLeaks has continued to release hundreds of pages of purportedly hacked emails of campaign chairman John Podesta. The documents include what appear to be transcripts of Clinton’s pastspeeches at Goldman Sachs (the campaign has not commented on the authenticity of the transcripts).

In one of the speeches, Clinton says it was necessary for Congress to beef up financial regulations “for political reasons” — comments that will not sit well with critics who believe the former secretary of state is too cozy with Wall Street.

Clinton’s emails have also been thrust back into the spotlight.

The revelation has raised questions about whether the State Department offered a “quid pro quo” in exchange for declassifying an email — a charge that the FBI has denied.
Clinton is posed to pivot any WikiLeaks talk to Russia. Clinton aide Jennifer Palmieri told reporters that in addressing the issue, Clinton will discuss the “disturbing role” that Russia is playing in the U.S. election.

“We think that important context for that should focus on the extraordinary and unprecedented and very disturbing role that Russia is playing in trying to influence our election,” Palmieri said.

Past debates have ramped up pressure on the debate moderators to resist playing the role of a passive referee. There is an expectation for Wallace to call out the nominees if they make false claims and aggressively keep them in check, particularly if they cut away from the questions that are asked.

And at a point in the election where conspiracy theories and unsubstantiated allegations are threatening to become more than just fringe ideas, Wallace, more than ever, will be expected to remind viewers what is and isn’t on the level.

Complicating matters for Wallace is the fact thatTrump has waged war against some of the anchor’s colleagues at Fox News.

Wallace acknowledged the weight of the task in front of him, saying on Sunday: “This is not a TV show. “

He has announced six topics for the debate, including some on policy that have not been addressed in the two previous meetings. The topics: debt and entitlements, immigration, economy, Supreme Court, foreign hot spots and fitness to be president.

“This is part of civics, the Constitution if you will, in action, because this is helping millions of people decide who we’re going to elect as the next president,” Wallace said.

Closing arguments: Clinton…
Clinton’s major challenge Wednesday night is not so different from the challenge she’s confronted over the past few months: presenting the country with a positive vision for her presidency that is detached from her argument against Trump.

The Democratic nominee’s day-to-day feuds with Trump have at times obscured her own message.

Her aides openly acknowledge that the process of running against such an unconventional candidate like Trump has made it hard for Clinton to stick to her talking points and share her personal story — this is part of the reason the nominee has delivered a series of “Stronger Together” speeches in recent weeks centered around her decades in public life.

Trump…
Trump’s challenge is even more significant. The debate is a final chance to try to convince skeptical voters that the first-time political candidate is capable of assuming the office of the presidency and turn around the deeply embedded narrative that he lacks the temperament to be commander-in-chief.

Not only will that be difficult to do so close to Election Day, it’s unclear that Trump will stray from his default position of throwing red meat to his existing base of supporters.

At a campaign rally in Colorado the day before the debate, Trump ran through his usual list of grievances — including questioning the accuracy of polls and accusing the media of bias — and presenting himself as a Washington outsider.

“Decades of failure in Washington and special interest dealing must and will come to an end,” Trump said. “Either we win this election, or we lose our country.”

Will there be a handshake?
And of course, the big question of the night: will Clinton and Trump shake hands this time?

Five Ghanaian shows to watch on Showmax this Africa Day