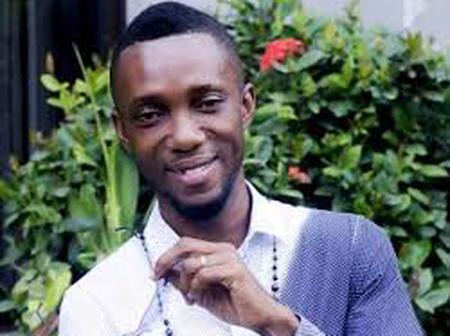 McLord Ice, a Film maker and film director has commended the Executive Secretary of the National Film Authority (NFA), Juliet Yaa Asantewaa Asante for introducing first of its kind, the Film Pitch Series.

According to him, pitching in the industry is the only way to rebirth the dwindling Ghana Film Industry.

He explained that the problem with the falling Ghana Film Industry is education.

He averred that the Presidential Film Pitch Series is a film activation program in Ghana aimed at creating the platform for Ghanaian filmmakers with projects within the film ecosystem to engage investors, broadcasters, distributors, sponsors, and platforms around the world for potential opportunities.

McLord Ice in an interview elaborated that in filmmaking, a pitch is a concise verbal (and sometimes visual) presentation of an idea for a film or TV series generally made by a screenwriter or film director to a film producer or studio executive in the hope of attracting development finance to pay for the writing of a screenplay.

“The major problems sinking the Ghana film industry are education. Lots of film makers have no education about film.”

He also noted that most people think what Ghanaian film industry lack is finance, but there is more to that.

He averred that there are investors who have interests in specific fields like oil and gas, banking, finance, real estate, and others and these people have knowledge on how to invest and build the industry they are investing into.

McLord Ice said, majority of film makers in Ghana do not have the right investors with the knowledge to invest in their works.

He also mentioned that those who are speaking against the Presidential Film Pitch should have a rethink because the idea is a perfect one which will give Ghanaian film makers the platform to showcase their ideas and works so as to get investor.

Speaking on the Presidential Film Pitch which was recently launched, McLord Ice said participants have been taken through rigorous processes with 100 Projects in the form of documentaries, feature films, short films, series, games, film infrastructure received by the National Film Authority (NFA).

Out of these, twenty-five (25) have been shortlisted.

The goal, he said is for all shortlisted projects to close deals that will bring these projects to fruition.

McLord Ice and his team who are also participating in the Pitch with EKUABA have made it among the final 25 films.