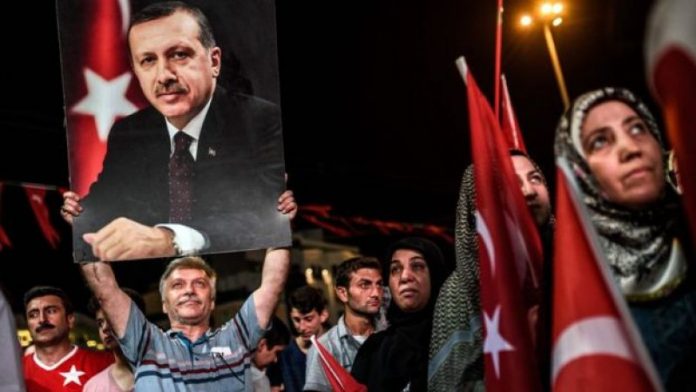 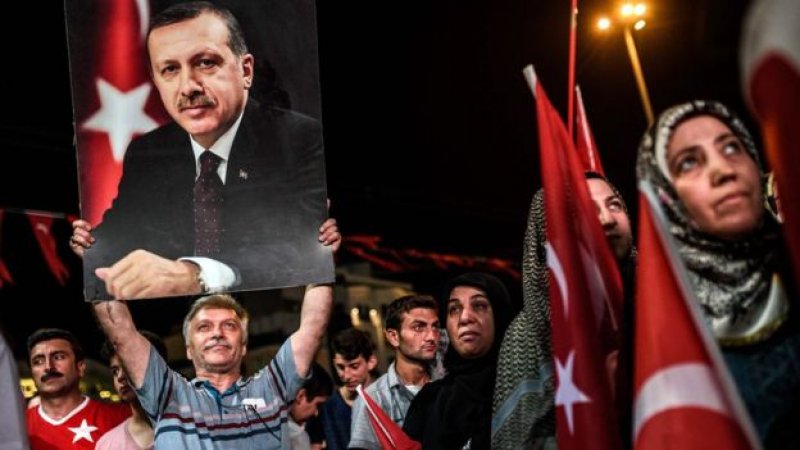 Turkey’s elite presidential guard is to be disbanded after nearly 300 of its members were detained following last week’s failed coup.

Prime Minister Binali Yildirim told a TV channel that there was “no need” for the regiment.

Earlier, Turkey detained a nephew of US-based cleric Fethullah Gulen who, it says, was behind the uprising. He strongly denies the claim.

A key aide of Mr Gulen has also been arrested, a presidency official said.

A state of emergency was declared on Wednesday, allowing the president and cabinet to bypass parliament when drafting new laws and to restrict or suspend rights and freedoms.

“There will no longer be a presidential guard, there is no purpose, there is no need,” Mr Yildirim told the A Haber TV channel.

The presidential guard numbers up to 2,500 soldiers but at least 283 were detained after the uprising.

Fethullah Gulen, a former ally of Mr Erdogan, has called on the US government to block Turkey’s attempts to extradite him.

Mr Gulen’s nephew, Muhammet Sait Gulen, was detained in the north-eastern city of Erzurum to be taken to the capital Ankara for questioning, the Anadolu news agency says.

On Saturday, Mr Erdogan extended the period in which suspects can be detained without charge to 30 days.

A statement carried by state media also ordered the closure of more than 1,000 private schools and more than 1,200 associations.

Also on Saturday, Ankara’s chief prosecutor Harun Kodalak was reported by Turkish media as saying that 1,200 soldiers detained in the wake of the coup had been released.

Those freed were said to be low-ranking soldiers. Thousands of other service personnel, including more than 100 generals and admirals, remain in detention.

President Erdogan’s tough measures have been criticised by human rights groups, as well as by France, Germany and senior EU officials.

Mr Erdogan told France 24 television on Saturday the EU was “biased and prejudiced” against Turkey.

Amnesty International has said Mr Erdogan is going “well beyond what might be considered a legitimate response to the coup attempt”.

Erdogan Slams US for Increasing Support for Kurdish Formations in Syria