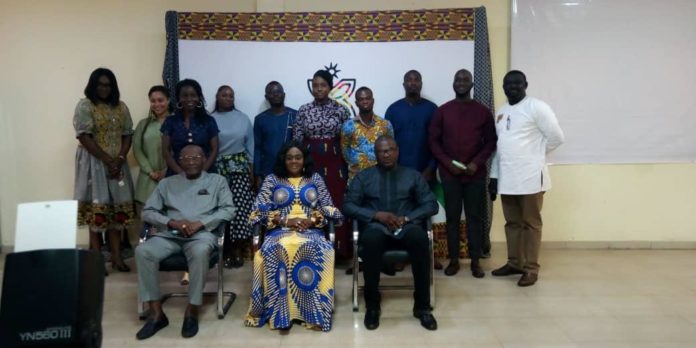 The Minister OF Tourism Arts and Culture Mrs Barbara Oteng Gyasi, has inaugurated the President’s Committee on Museums and cultural heritage aimed at preserving the heritage, arts, and culture of the country.

The 12-member committee appointed by the President, Nana Addo Dankwa Akufo-Addo is to investigate radical new ways of presenting narratives, as well as engaging communities from across social divides in Ghana to properly represent them in their museums.

She said the committee would also propose new policies for the governance and organization of the Ghana Museums and Monuments Board (GMMB) responsible for Ghana’s museums and cultural heritage.

The Minister said Africa and for that matter, Ghana was endowed with heritage resources which called for preservation, and Ghana holds a unique position among African countries due to its geographical location, history, and leadership.

“This leadership is evident in Ghana being among the first African countries to institute a Museums and Monuments Board as far back as 1957 towards the preservation of our heritage.”

She said the significance of a vibrant museum and cultural heritage sector could not be over-emphasised, especially in this time where a lot of events including Black Lives Matter had stirred a Pan-African awakening around the globe.

She said “currently, great interest has been generated and momentum has gathered around the Pan-African and Emancipation Movement, epitomized by the “Year of Return campaign which commemorated the 400th year of the beginning of the trans-Atlantic slave trade and the Beyond the Return Initiative, which seeks to promote and deepen relations between the African diaspora and Ghana through economic relations and investments.”

The sector Minister noted that Ghana had been positioned as the “mecca” of Pan-Africanism and the homeland for the African diaspora, which required the preservation of its heritage and culture for the present generation and those unborn.

“We must tell our own stories to change the negative narrative about Africa. There is, thus, a great opportunity for us to take a second look at the preservation of our heritage through the vehicle of the committee being constituted today.

She stated that Ghana had a strong competitive edge with heritage resources scattered across the country, awaiting their identification and preservation for future generations, as well as effective utilization to generate opportunities for the country.

Mrs Oteng Gyasi said Ghana’s museums and monuments should be places of learning and discovery for both young and old, and a keystone of its development. “Our civilizations and our cultures are of the oldest in the world and our museums should reflect that wealth of history, and be projections of what we are capable of for our futures.”

She expressed confidence in the members of the committee saying she was hopeful they would create a new way forward for museums and cultures that the whole world can look to.

Professor Edward Ayensu, Chairman of the committee expressed appreciation to the President for coming up with such a committee, saying they would ensure to work within their mandate to provide the GMMB with good policies and not to investigate their operations.

Mr Kwame Sowu, Board Chairman, GMMB applauded the committee for their inauguration and assured that they would be ready at all times to provide their support to them, to achieve their purpose.

The members, from diverse professional backgrounds, are expected to bring their experience and expertise in the fields of architecture, organisational restructuring, finance, archaeology, art history, education among others.