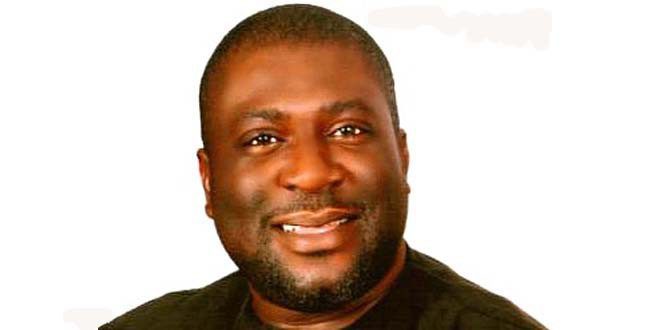 And for every a man, it is joyful to join the league of golden men in age and it is also with great ecstasy to live above it and much more with fulfilments of dreams and aspirations. This may not be far from the prayer of the Psalmist. In Psalms 90 verse 12, it says, ?Teach us to number our days that we may gain a heart of wisdom?. Moving further to verse 14, it says ?Satisfy us in the morning with your unfailing love that we may sing for joy and be glad all our days?. Hope was never drunk on the birth day of Prince Ezeakonobi Madumere in the home of HRH, Eze and Ugoeze Henry Anorue Madumere in Ezi-Mbieri autonomous community. Ever since, he has not only remained a source of joy to his family, community, Mbaitoli but to the entire State of Imo and beyond.

At issue is not in the vanity of celebrating birthdays but in the trailing legacies and footprints being engraved in the sands of time. Madumere has consistently added value to humanity through his life of sacrifice, love and service laden fellowship to the course of humanity and service to God.

Looking back at the years preceding the incumbent deputy Governor?s life style, he is not known for loud celebrations due to his resolution to always have a time out with orphans and less privileged. According to Madumere, since he turned forty and after reflecting in his experiences, he realized that it is better to add value to the lives of those who have not the opportunity others have in the society. Ever since, it became a ritual of sort to him.
However, being in public office with effort by friends and associates to always mark these memorable days has kept clashing with this resolution. In this effort, he has maintained this covenant with his God by ensuring that his 12 O?clock appointment with the Special Children that has spanned over a decade is maintained.

Re-focusing discourse on Madumere?s private life style to stewardship, I would submit, perhaps, Madumere has established an impeccable track record in human relations. If it were in other climes, by now, he would have become a Professor on Human Relations if not a visiting lecturer in the course. Beyond theories in Human Relations and the classroom teachings, there are practical aspects that nobody teaches you in the class room, which Madumere has in his fingertips.

On his appointment as the Chief of Staff, Imo State Government House, he left that office with great commendation. He ensured the Governor did not have to worry about issues that bothered on day to day running of the government. He exerted himself with his proactive measures with his managerial acumen. He did not only demystify the office through his open door policy. If nothing else, Prince Eze Madumere is one Administrator who has not changed his phone number. This afforded him opportunity to have firsthand vital information as it affects the people and for onward informed decision towards proffering solution.

Most people may not be in the know that when Waste management became such an embarrassment to Rescue Mission Government, Imo Deputy Governor, Prince Eze Madumere with his knowledge of waste management went to work. He chose to troubleshoot to ascertain the remote cause of the problem. As an operational person, he participated in the process and designed a cost effective solution, which helped in restoring the ?waste sanity? in the State.

Another area of discourse is the concern on maintenance of peace and security in the polity. All over the world the primary concern of any Government is security of life and property. It is incontrovertible that Prince Eze Madumere has strategically warded off those seeming threats to the security of life and property from rupturing into destructive impasse. He has negotiated such crises from his Chief of Staff days till date. Among them that took international dimension were Irete Community versus Nigeria Bottling Company PLC, Owerri Plant, Orsu Obodo community versus ADDAX Oil Exploration, Awarra community versus Waltersmith PLC, Intra-community skirmishes like that of Oguta; again, Imo people and their Abia counterparts over boundary skirmishes between a community in Umuahia and their Imo neighbor in Ihitte-Uboma and numerous others.

In the area of proper representation, Prince Madumere has given Imo State a pride of place by his unimpeachable character and purity of mind in human relations. He would not be said to have been found in deficit in whatever negotiation he has represented the government of Imo State. He has been upped by his representations during National Economic Council meetings, Council of State and other political engagements including Governors? Forum. This is not unconnected to Madumere?s placement of premium on trust, his sense of responsibility, good judgment, purity of thought, presence of mind, selfless-mindedness and above all patriotic spirit, humility and unadulterated loyalty to his principal, Owelle Anayo Rochas Okorocha, Rescue Mission Government and the people of the State.

Concerning governance and dividends of democracy, Prince Madumere has in no little measure contributed his appreciable quota granted he is only a loyal Deputy to his boss. In that respect, His Excellency, Owelle Anayo Rochas Okorocha has obliged most of Prince Madumere?s request in making government presence in terms of projects in every autonomous community in his Federal Constituency and Owerri zone in general. It is unarguable that Owerri zone, in cumulative term, can boast of more developmental projects than any other zone in the State. The attention of government to Nkwo-Orji-Obazu Orie Mberi Road, which was abandoned for over twenty years, is one of such dividends. Though still under construction, he ought to be appreciated for his effort. The school projects in 305 schools, Owerri zone including the immediate Federal Constituency of Prince Eze Madumere are not left out.

In the area of inter-government relations, Prince Eze Madumere has a good standing as he is seen as a bridge between people in opposition and the rescue Mission government. This was even more appreciated when Rescue Mission was in opposition at the Federal level. However, he conducted these relationships while observing the highest decorum expected of a patriotic party man. Today, he can stand tall like a colossus and without any traces of having stepped on a banana peel while 2011-2015 political dispensation lasted.

X-raying Prince Eze Madumere?s leadership qualities, he is an unassuming young man with the needed leadership sagacity. He has proven this through his ability to harmonize and aggregate the interest of Owerri people with good coordination and drive. In retrospect, his argument endeared the people of owerri to give their full support to Owelle Rochas Okorocha. Great men like Charles Amadi (Shavon), Jerry Chukwueke, Kingsley Ononuju, Orikeze Ajumbe, Ambrose Unakalamba, C.Y. Amako to mention but a few since the roll call is inexhaustible. This singular move turned the tide for All Progressives Congress in the last 2015 guber and other elections.

It is in recognition of these few facts and many others that Owerri zone and other zone joined hands to celebrate this man of inestimable value whose sense of candour, humility, loyalty, humanitarianism, spirit of brotherhood, patriotism with incorruptible stance come Saturday, July 4, 2015, which coincides with his 51st birthday. In a Radio discourse led by Barr Onunuju and his team proved the how this Achi born consummate politician is loved.

I can only wish the Prince, Prince Ezeakonobi, great father, a mentor, a man with easy and calm spirit, Ogbuhuruuzo Mbaitoli, African Personality and a great Manager well with a huge congratulations and sincere prayers from my wife and entire family members.

Uche Onwuchekwa is a Media Aide to the Deputy Governor of Imo State, Prince Eze Madumere