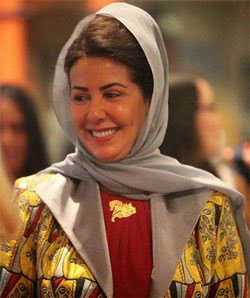 Adlah bint Abdullah bin Abdel Aziz Al Saoud, is a modern women, who calls for the freedom of women and who believes that ?Al Niqab? is more of a tradition, while the scarf is more of what Islam calls for!

Adlah sat in for an interview with the French newspaper ?Le Figaro? and shared her views about marriage, Hijab, work for women and social media.

Adlah is an active woman in Saudi Arabia. She participates in welcoming foreign delegations, she attends plays and events, she poses for photos with young women and men.

Adlah sees that there?s a real problem with underage marriages and calls for setting the rules straight and setting an age for marriage.

She also sees no problem in women and men working side by side, as long as there?s mutual respect and laws that indict harassment.

What do you think? Does she make for a good model for the Saudi women?

Is there still hope for the liberation of the Saudi woman in her own country?