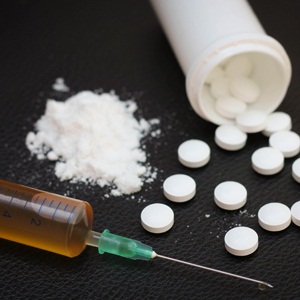 The call follows the imprisonment of a 92-year old man at the Kumasi Central Prison for drug related offences.

Mr Kwarteng, who is also the Ambassador Extraordinaire of Prisons, told the GNA that it would also remove the stigma associated with the criminalisation and violation of rights of individuals, who use petty drugs.

Mr Kwarteng, who interviewed the 92-year old, Akolobilla as part of his “Time with the Prison Series” said the man could die in prison, if he was not supported in the coming months.

Akolobilla, narrating his ordeal in tears, said he was arrested in July, 2012 at Old Tafo for drug related offence.

He said he used to work on someone’s cocoa farm but was relieved of his duties because of his age.

He said it was around the same that someone offered to help him by giving him Indian hemp to sell for his daily bread but luck eluded him and he was arrested while the person, who gave him the drugs also run away leaving him alone.

“When l left the cocoa farm, l told my wife and children to return home, since we come from Bolgatanga, for me to stay back and look for money to feed them, so they are not aware l am in prison for drug related offence,” he added.

He told Mr Kwarteng that, he had never used a mobile phone all his life and he could not get anyone to communicate to his family.

The 92-year old man, who now suffers from asthma, could not walk and had to be assisted always by some of his prison colleagues to move around.

“I cannot breathe properly and the stage I have gotten too, the State should help me, it is difficult for me,” he added.

He also appealed to all well-meaning Ghanaians to come to his aid and support him, saying that his dying slowly.