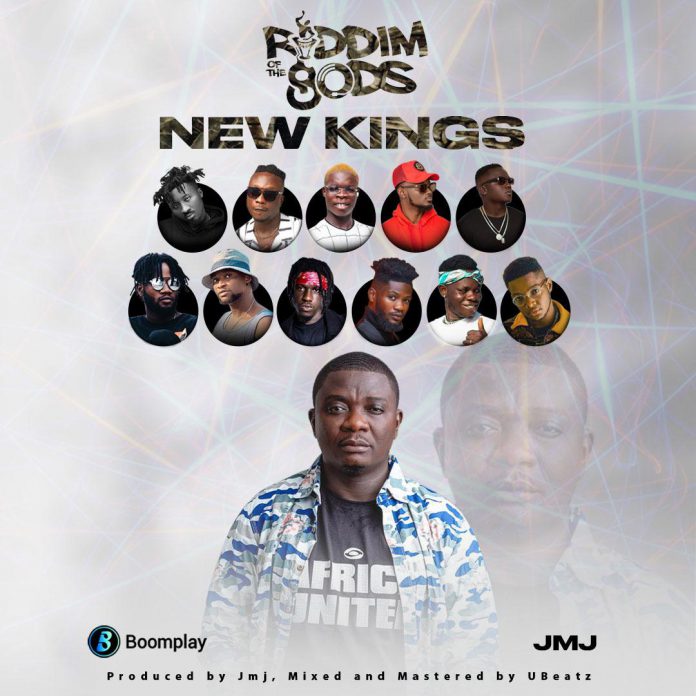 Producer JMJ is back again with his “Riddim Of The GODS” Project for 2021. One would have thought he would put the ‘already-popular-A-List’ Rappers on it but no, he swerved everyone! This time the direction is different but unique; he takes a big leap to enlist 10 of Ghana’s hot new Rap heads for this year’s first tape he subtitles “The New Kings”.

As a Producer who loves to spot new talent and project them into mainstream, I took time to pick these guys for Phase 2 of my ROG Hiphop. In fact, the list of names that came to when I posted on social media I needed the names of Rappers to enlist for the next Hiphop tape, the list was so heavy and scary I almost deleted the post from Facebook. The line-up was very long with dope young rappers it was difficult to pick a final list to work with. But upon deliberations with the Team and engaging the artistes respectively, we arrived at 10 names we think availed themselves for this tape”, Producer JMJ explained.

Joshua Raphaelson, as he is known in private life is known, according to history, as the first African Producer to release a riddim in Africa. In 2008, he produced Africa’s first riddim titled “Trigger Riddim” that enlisted Samini, Stonebwoy, Iwan, Mugeez (or R2Bees), Ghetto KB among others. Within a space of 10 years, he released about 4 other riddim projects that gave (more) shine to listed Ghanaian Acts as well as producing hit songs from those.

11 Years later, Producer JMJ bounced back to launch “Riddims Of The GODS”, a brand identity he has coined to maintain and sustain riddim culture in Africa by doing it annually. The first edition of his “Riddim Of The GODS” (ROG) came with 5 separate tapes running through genres of Dancehall, Afrobeats, Hiplife et al with over 30 Artistes listed for it including huge names like Sarkodie, Samini, Stonebwoy, VVIP, Prince Bright (BukBak), EL, Edem, Akwaboah, Adina, Eno Barony, just to name a few.

“They have been so eager from day one when we began working on the tape. They wish I was even gonna release the tape just after they voiced on the riddim; this shows how enthusiast they are and badly want their works out there on this project”, JMJ added.

The project kick-off for “The New Kings” tape is expected to be launched this week, 1st week of April across all digital platforms with a first exclusive stream via Boomplay.

Boomplay has been very instrumental in the “Riddim Of The GODS” Project. The maiden edition was partnered by them and all 5 tapes were exclusively released via their platform. Boomplay Music is Africa’s biggest and No. 1 music streaming network, available for download on the web, Android and iOS.