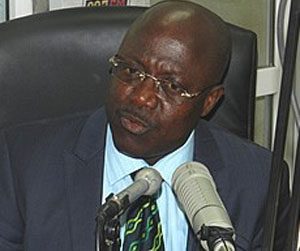 Government has warned it will severely punish management of KATH if the hospital fails to produce five babies declared dead at birth at the hospital three weeks ago but whose bodies have still not been found.

The warning follows an inconclusive investigation conducted by the Health Ministry into the controversial disappearance of a baby allegedly born dead on February 5, 2014.

Speaking on the Super Morning Show on Joy FM, Friday, Prof. Attafuah congratulated ?the Ministry for doing the right thing?. He said families displeased by the developments now have the opportunity to assist government uncover the truth in the case.

According to the Criminologist, management of the hospital now has the responsibility to prove its claim that the missing babies died at birth and that the proper procedures were followed in disposing off their bodies.

Asked by Bernard Naasara Saibu, host of the Show, if he fears the latest development would create an opportunity for people to bring more claims against the hospital, Prof. Attafuah said ??If it will open the floodgates [then] let the floodgates be opened and let the floodlights be thrown on them so that we?ll have more transparent accountable procedures for responding to the challenges that irk many ordinary people, but who do not have the wherewithal, to challenge the authorities that they believe did not treat them fairly?.

Kumasi has been left in a state of shock and anarchy after a baby reportedly born dead to a woman, named only as Suwaiba at the KATH could not be found.

Suwaiba is reported to have thumbprinted documents confirming the death of the baby but all efforts to retrieve the body for burial in accordance with Islamic traditions of the mother have been futile.

Hospital authorities say they cannot locate the body of the baby.

Nurses say an orderly, hired only two weeks before the incident, picked the baby with instructions to take it to the morgue but a search at the mortuary revealed the body had not been deposited there.

The orderly initially claimed he incinerated the body of the baby but the hospital authorities have denied the claim saying the incinerator had not been used in several days.

The orderly has since been handed over to the police and is in custody.

Family of the deceased baby demanded the body and reportedly attacked and assaulted some doctors and nurses.

The doctors and nurses in anger and in fear of further attacks withdrew their services for about a week. They returned only after several appeals and promises of increased police presence to secure the hospital and their private homes.

Hospital authorities promised to liaise with the police to get to the bottom of the matter.

Seven people have so far been charged in connection with the matter.