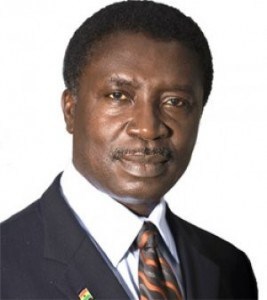 Professor Kwabena Frimpong-Boateng, the Minister of Environment, Science, Technology and Innovation, has tasked the board and management of Ghana Atomic Energy Commission to review all Memorandum of Understanding (MoU) with companies regarding the use of e-waste.
He also charged them to ensure that all foreign contracts signed by the Commission on the use of e-waste should be reviewed by the Attorney-General’s Office to avoid mistakes.
He urged the Commission to ensure that all agencies that dealt in e-waste performed their duties and responsibilities within the remits of the law.

Prof. Frimpong-Boateng gave the directives at the swearing-in ceremony of the governing board of the Ghana Atomic Energy Commission in Accra on Thursday.
The Minister administered the Official Oath and Oath of Secrecy and charged them to provide strategic policy direction to the management of the Commission in order to perform its constitutional mandate efficiently and effectively.

He said Government would deal with e-waste hence the passage of the e-waste management law last year to facilitate the process.
Prof. Frimpong-Boateng said the Commission was a very useful state institution however it was currently grappling with a lot of challenges including lack of equipment and encroachment on its lands.

He said at the time of its establishment in 1964, the Commission had an atomic reactor of 2.0 megawatts that was comparable to those being used by Russia and South Korea.
However, he said after the 1966 coup de ’tat that ousted President Dr. Kwame Nkrumah, the Ghana Atomic Reactor Centre project at Kwabenya in the Greater Accra Region came to a standstill until Acheampong regime when he tried resuscitating it.

He said it was until 1995 that the Commission had a functioning reactor of 30 kilowatts for experimental purposes and that one had since been decommissioned.
The Minister noted that a reactor supposed to be used for medical care in the health sector, provide energy needs of the country and other developmental purposes, saying we have technical challenges and you’re supposed to provide guidance to solve them.

Dr Kweku Aning, the Chairman of the Board, on behalf of the rest of the members, thanked the government for the confidence reposed in them and assured that it would work diligently to achieve their objectives.
He said nuclear reactor was a useful technology that could support the country’s development efforts and expressed the need for the country to safeguard its usage to protect the environment.

He said nuclear reactor was a powerful technology because it had the ability to destroy and also contribute to the development of the nation in terms of diagnostic testing, performance of surgery and provision of energy, as well as other development needs of the nation.
He said Ghana had made some headway in terms of the use of radiation energy because there were 19 African countries that had no radiotherapy facilities but Ghana had two and building additional two.