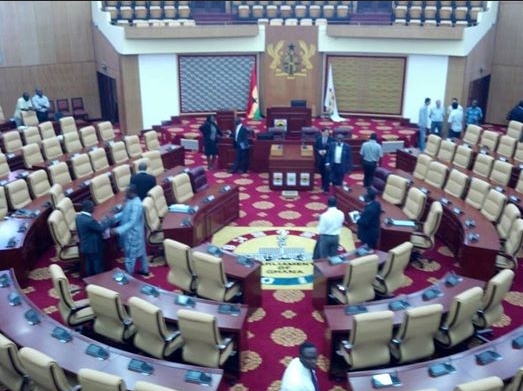 Parliament on Saturday morning endorsed the election of Professor Aaron Mike Ocquaye, a former Deputy Speaker of Parliament as Speaker of the Seventh Parliament of the Fourth Republic. 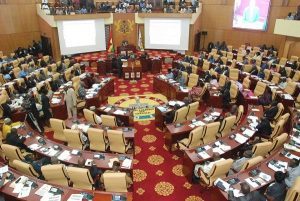 He subscribed to the Oath of Allegiance and Speaker’s Oath administered by Chief Justice Georgina Theodora Wood.

The House also endorsed the nomination and election of Mr Joseph Osei-Owusu, Member of Parliament (MP) for Bekwai as the First Deputy Speaker, and Mr Alban Sumana Kingsford Bagbin, immediate past Majority Leader and MP for Nadoli/Kaleo as the Second Deputy Speaker.

In his inaugural speech, Prof Ocquaye, who is also a former legislator for Dome/Kwabenya, described his election as a “home-coming albeit with a greater responsibility”.

“I am grateful to all who reposed resounding trust in me to make this possible. I pray to the Almighty God that I shall successfully travel the path pursued by various Speakers,” he said.

He congratulated the members for winning their seats, saying, “it is a unique opportunity to serve our dear nation”, and promised to maximised the opportunities for every member to contribute.

The new Speaker expressed the hope that the experienced MPs would mentor the up-coming, and called on “those who sit in front to please learn to look behind them to allow others to contribute”.

They must also remember that whereas they cannot normally see from the back of their heads the Speaker has been placed in a position to catch every eye.

“I intend to be fair to all and therefore seek your understanding in advance,” he promised.

Prof. Ocquaye reminded the new MPs to keep themselves abreast of Parliamentary procedures and learn seriously in order to sharpen their competencies to function optimally.

He promised to encourage healthy debates and urged both the Majority and Minority to be guided by the mandate given to the government to build a vibrant society anchored on the principles of fairness and equality of opportunities.

“Ghanaians everywhere are looking up to Parliament and government for the solutions to the problems that confront them on daily basis. It cannot be business as usual.

“Our people expect us to help fix the economy, provide jobs for the unemployed, improve access and quality of education, health care and generally give them hope.

“This Parliament is for the people of Ghana and they want us to be honest, accountable and responsive to their needs. I ask for cooperation from all and sundry to make our stewardship a success.”

Majority Leader Osei Kyei-Mensa-Bonsu was of the hope that the election of Prof Mike Ocquaye would facilitate the creation of a second Chamber of the House.

Mr Harunah Iddrissu, Minority Leader congratulated the Speaker and the two deputies at the swearing in ceremony.

Also present were party bigwigs and spouses of the legislators.

The House suspended sitting to reconvene at 1000 hours at the Blackstar Square for the swearing-in of President-Elect Nana Addo Dankwa Akufo-Addo and Vice President-Elect Dr Mahamudu Bawumia.