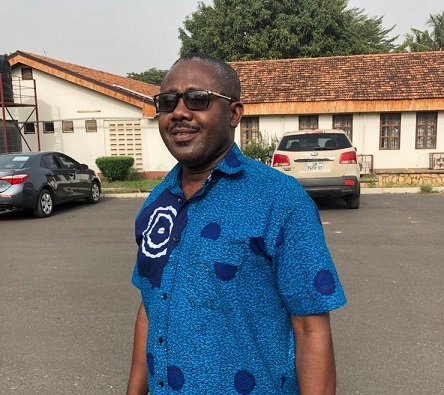 Professor Francis K. E Nunoo, a Fisheries Scientist at the Department of Marine and Fisheries Sciences, University of Ghana has called for sustained awareness and education to improve people’s knowledge of what the ocean and other water bodies entail.

According to him, many people including politicians did not understand the positive effect of the ocean and other water bodies in the sustenance of their lives and as such did not care about the consequences of their actions towards them.

‘There is a phobia for the ocean within the country, we do not understand it worth, some fear it and so they even worship it”, he said while stressing the need for some threshold of ocean education in the country.

The rigorous education, he indicated, would create a critical mass of Ghanaians who would understand the dynamics of the ocean, the wetlands, the rivers, mangroves among others.

Prof Nunoo, was speaking on the topic ‘Protecting Ocean Inhabitants, whose duty?’ at a virtual seminar organised by Sustainable Ocean Alliance, SOA, Ghana at the weekend.

He said if the leaders of the country had the right ocean knowledge, they would be able to mainstream it into the existing laws and policies to protect ocean life.

‘Those in power, our politicians, our leaders, MMDAs do not understand the ocean system. Even teachers and society out there, understand more of the land than the sea’, he stressed.

The seminar brought ocean experts together to discussed and offer recommendations on what needed to be done to avoid the incidence of ocean inhabitants being washed ashore in Ghana.

Among other things, it explored the role of relevant stakeholders in protecting ocean inhabitants and by extension the ocean, as well as highlighted the ocean’s importance to the ecosystem and environmental sustainability.

Prof Nunoo expressed worry about the security of the country’s marine waters and said there was an urgent need for Ghana to develop mechanisms to continuously monitor it.

“It’s difficult to know if somebody should put some harmful chemical that can kill us into the ocean”, he said.

He further underscored the need to create the necessary awareness and education while putting in place measures to protect inhabitants of the ocean.

‘We should be able to protect our ocean to keep its ecological integrity for it to be capable and strong to continue to absorb the carbon dioxide, he stated.

Prof Nunoo commended the SOA Ghana for taking the lead and said ‘we all have a duty and we need to sustain these engagements and take the ocean education to the communities.

For his part, Mr Afedzi Abdullah, a Fellow of SOA Ghana and an Ocean and Environmental Journalist admonished the media to use its strong influence over the public to educate the people about the ocean and its importance to their lives.

He called on the stakeholders including the media, CSOs, and academia to take a keen interest in the activities of the ocean to help safeguard it for the benefit of everyone.

Mr Abdullah noted that successive governments have not shown strong passion and commitment towards protecting the ocean and urged the government to demonstrate the commitment and collaborate with the private sector and other stakeholders to adequately protect the ocean and its inhabitants.

Sustainable Ocean Alliance Ghana (SOA Ghana) is the Ghana Chapter of a global community of youth, entrepreneurs, and experts, collaborating to solve the greatest challenges facing the ocean.

It is the largest youth-led network of ocean allies in the world born to accelerate solutions, cultivate leaders and create a community that will restore the ocean in its lifetime.