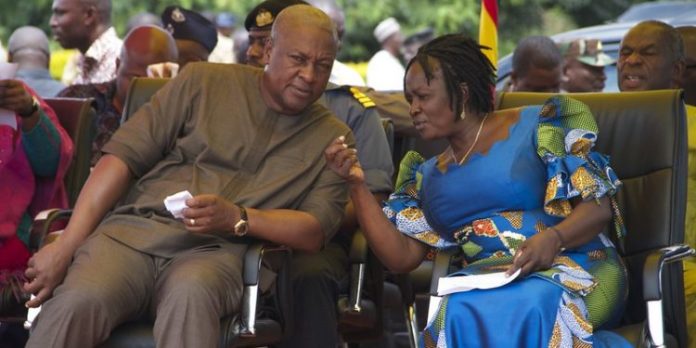 The Family of Prof. Naana Jane Opoku-Agyeman, the nominated Vice Presidential Candidate of Mr John Dramamini Mahama had described her candidature as an opportunity for the country to clean its political space, which is full of insults and acrimony.

“We believe that her nomination holds the key to cleaning up the growing “political mess” because she is an epitome of truthfulness, decency, respect, humility, and strong mental fortitude to resolving all issues to ensure socio-economic cohesion.”

The family members in separate interviews with the GNA at Komenda, her hometown on Tuesday, downplayed the notion that her reputation and pedigree in society will be soiled if she engaged deeply in partisan politics due to the nature of “dirty” politics being practiced in the country.

Mr Ebo Sam, a 62-year-old brother of Prof. Opoku-Agyeman told the GNA that her political ascension had come at an opportune time when the political landscape had descended so low and needed a reverse.

“If Ghanaian politics will have a better future, then, it needs someone like my sister to tone down the partisan space and make it clean, Mr Sam indicated.

He indicated that Ghana needed the likes of Prof Opoku-Agyeman to calm nerves, and tone down the use of intemperate language to reduce the rising political tension in the country.

He expressed strong belief in her capabilities to perform as an outstanding Vice President if she gets the nod and would work tirelessly to deepen the country’s democratic gains and to accelerate development.

Expressing gratitude to former President Mahama for the honour done the family, Mr Sam said the former University of Cape Coast Vice-Chancellor had distinguished herself in every position she had occupied, therefore, her new portfolio won’t be different.”

Madam Akua Oboh, a 96-year-old-old maternal Auntie said her new political appointment had brought fame and dignity to the family.

She described her as an affable and a cool-headed competent person who was capable of holding any political office and rallied the support of all to succeed.

Madam Yaa Amobi, a 53-year-old Auntie said Prof Opoku-Agyeman was a kind-hearted and a philanthropist committed to helping her community and all.

“Through her philanthropist gesture, our community can boast of an ultramodern school infrastructure in the community with ancillary facilities to facilitate teaching and learning among others,” she said.

On the streets of Komenda, where he hails from, scores of people confirmed their happiness on hearing the news and pledged to support her to succeed in her new endeavours.

They wished her well and called on all residents in the area and Ghanaians at large to support her bid.

The National Executive Committee of the National Democratic Congress (NDC) at a meeting, in Accra on Monday, July 6, endorsed the nomination of the first female as a running mate for the party in the 2020 Presidential election.