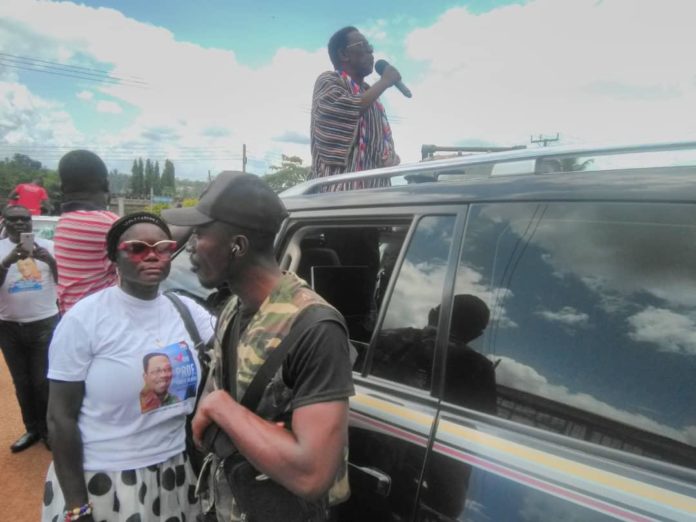 Professor Kwesi Yankah, Minister in charge of Tertiary Education has filed his nomination to contest the Agona East Parliamentary seat with a call on his supporters to unite to win in the December 7, polls.

He said the rationale behind him contesting the seat on the ticket of the New Patriotic Party (NPP) was to help secure infrastructure and human development that had eluded the citizens in the area for years.

He said the Party needed a strong united front to defeat the NDC in the December 7 Polls and touted the achievements of the NPP Government adding that, it had brought many developmental projects for the entire Agona State, which was pivotal to improve quality of living standards of the people.

Prof Yankah called on the supporters to work aggressively and be vigilant at the polling stations to assist the Party to win massively on December 7, 2020.

The Minister of State cautioned some political leaders and supporters who were beating war drums to stop, saying, that election violence was one act, which must be avoided to ensure peace and stability.

Prof Yankah commended the constituency executives, supporters and entire members of Agona Kwanyako, Asafo, Nsaba, Mankrong-Junction, Akwaakwa, and the rest for their dedication, hard work, selflessness, commitments and support since he was elected as Parliamentary candidate for Agona East NPP in April 2019.

Mr David Amos, Agona East Returning Officer of the Electoral Commission (EC), and other officials of the Commission, received the forms.