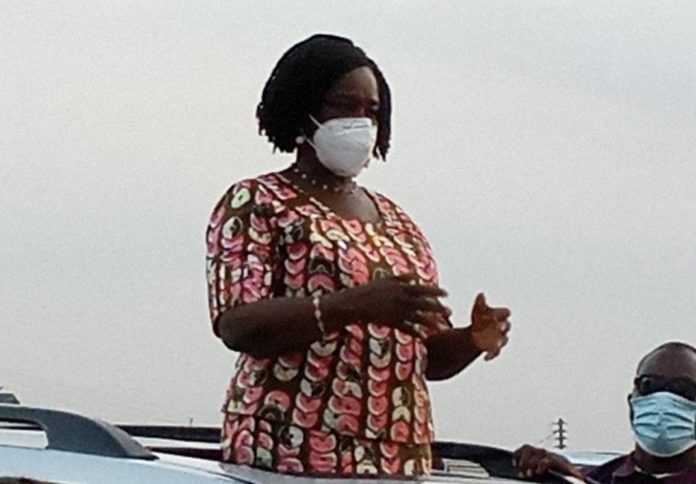 The Vice Presidential Candidate of the National Democratic Congress (NDC) Prof. Naana Jane Opoku – Agyemang has described as financial loss to the state, abandoned projects across the country.

According to her, the situation where projects undertaken by the erstwhile NDC administration were left to rot was unacceptable.

“We have seen these structures over grown by weeds and shrubs as well as iron rods that have disappeared. We definitely have to return to this project, in which case we have to conduct a re-valuation and spend more money and all of this cannot be helpful to us as a nation.”

A statement copied to the Ghana News Agency in Accra on Friday said she was speaking to journalists, when she made a stop over at the abandoned Day Senior High School project site at Asempaneye of the Juaboso Constituency in the Western North Region as part of her campaign tour of that part of the country.

Describing the situation as unfortunate, the NDC’s running mate said the practice of abandoning projects started under a particular administration impeded the nation’s progress.

“It is not as if we just cut the sod and abandoned it. We started, the foundations are done, the columns are being raised.”