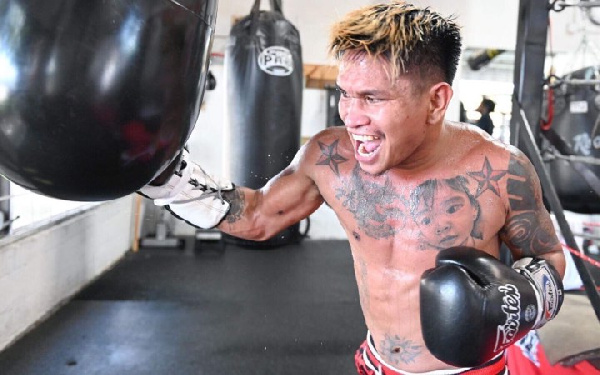 Ghana has been given another opportunity to get a world title in boxing and this time its former member of the national amateur boxing team, the Black Bombers, Duke Akueteh Micah, who is billed to fight John Reil Reponte Casimero, from Philipines for the World Boxing Organisation (WBO) Bantamweight title.

The GNA Sports gathers information on the champion from the Philipines as the two prepare to slug it for the ultimate crown next month.

Reponte Casimero, 30, was born in Ormoc City, Leyte in the Philippines and became a professional boxer in 2007.

The highly-rated boxer has far fought 33 times in his career having won 29 and lost four times with no draws.

Casimero has 68% knockout rate thus 20 knockouts in his career with 28% by way of the decision going his way. He has been knocked down only once among his four losses.

The Filipino boxer is an orthodox boxer with a height of 163cm and weighs 53.52kg, who made his debut at the age of 18 on June 3, 2007, where he defeated Lobert Bayo by unanimous decision.

Casimero’s last fight was back in November 30, 2019, when he won by technical knockout (TKO) against Zolani Tete.

Casimero who holds WBO Bantamweight title was scheduled to fight World Boxing Association (WBA)/International Boxing Federation (IBF) titleholder Naoya Inoue in April but the fight was called off due to Coronavirus pandemic.

He will now face Ghana’s Duke Micah on September 28 in a doubleheader featuring Jermell and Jermall Charlo against Jeison Rosario and Sergiy Derevtanchenko respectively.