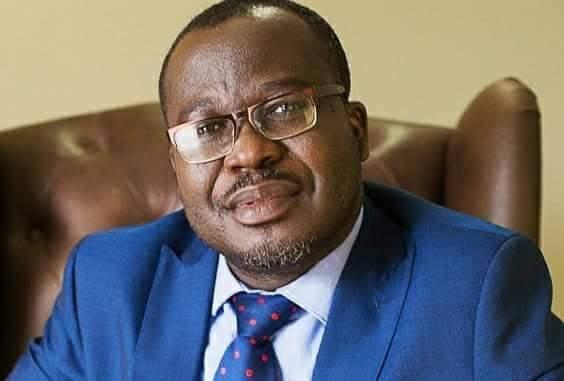 Mr Alfred Obeng-Boateng a Politician and Law Practitioner was born in 1973 at Sefwi-Awaso in the Bibiani-Anhwiaso-Bekwai Municipality of the Western North Region.

After his basic education, he gained admission to pursue a Bachelor of Science in Geological Engineering at the Kwame Nkrumah University of Science and Technology (KNUST) in 1997 and successfully completed in the year 2001.

While in the University, he utilized his spare time to come out with two manuscripts that were later published as textbooks for secondary schools in Ghana.

Through his entrepreneurial spirit and handwork, he was able to turn his hobby of writing into a business under the name and style Approaches Ghana Limited, which publishes Approaches Series books, which have now become a household name in the educational system of Ghana and other English speaking countries of West Africa.

In 2008, Mr. Obeng-Boateng furthered his educational career to pursue his second Degree in Law at the University of Buckingham, in United Kingdom, where he obtained a Bachelor of Law Degree, LLB (Laws) upon successful completion.

As a result of his excellent performance, the University of Buckingham gave him a partial scholarship to pursue his Master’s Degree in Law and obtained Master’s Degree in International and Commercial Law, (LLM) with oil and gas specialist.

In September, 2011, Mr. Obeng-Boateng returned to Ghana from United Kingdom to study the Ghana Legal system at Law school, Makola.

As a philanthropist, Mr. Obeng-Boateng made various donations to hospitals, Schools, Churches, Security Agencies, Communities, Brilliant but, needy students, Aged, individuals and groups within the Western North Region and beyond.

He created jobs both direct and indirect for the youth to boost the economic activities of the community and to improve on the livelihood of the people.

Through his company, Mr Obeng-Boateng donated a wide range of teaching and learning materials towards the promotion of quality education annually to schools across the country.

He was awarded by the chiefs and people of Western North for his immense contribution towards the creation of the Western North Region.

Mr. Obeng-Boateng is currently the Parliamentary Candidate for the Bibiani-Anhwiaso-Bekwai Constituency on the ticket of the New Patriotic Party (NPP) after the overwhelming victory.

Mr Obeng-Boateng still maintained the position as the Chief Executive Officer of Approaches Group of Companies and married to Mrs Marian Ama Owusua Obeng and blessed with a son, Papa Kyem Kweku Obeng.