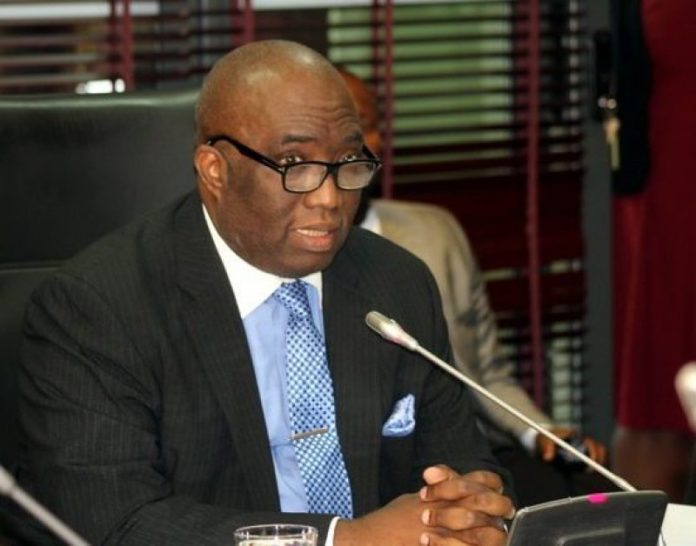 Mr Joe Ghartey who was born on 15 June 1961 to a Teacher, Lauraine Ghartey (née Daniels), and a public servant, Joseph Ghartey, hails from Shama, in the Western Region.

He is a lawyer and politician and currently the Railways Development Minister. He started his early education at the Ridge Church School in Accra and later moved to the secondary boarding school, Mfantsipim School, in Cape Coast.

After Mfantsipim, Mr Ghartey enrolled to study law and obtained his LLB (Hons) degree in 1986 from the University of Ghana, and BL from the Ghana School of Law in 1988, and was called to the Bar of Ghana in that same year.

Ghartey undertook his National Service duty as Legal Officer to the Komenda Eguafo Abirem District Assembly in the Central Region.

He also took up a job as an Associate at the Chambers of Lawyer Gwira in Sekondi and later joined the firm of Akufo-Addo, Prempeh & Co., a leading law firms in Ghana, which was co-founded by his future colleague Parliamentarian and Cabinet Minister in the John Kufuor administration, Nana Akufo-Addo.

Mr Ghartey left the firm after seven years and in 1994 co-founded the law firm, Ghartey & Ghartey with his wife Efua Ghartey.

He is currently the Senior Partner at Ghartey & Ghartey, a well-respected firm of barristers & Sand solicitors located at Labone in Accra.

Throughout his legal career, Ghartey has invested heavily in providing legal services to businesses that are keen on creating jobs for a stronger Ghanaian economy.

He has provided legal services to several corporate entities and professional bodies, both nationally and internationally, ranging from the field of Taxation through to Labour law, Environmental and Company law and an authority in Corporate and Investment law.

He has supported many Human Rights causes in Ghana and as a co-founder of the Ghana Committee on Human and Peoples Rights, Mr Ghartey provided extensive education on Human Rights, Civil Rights and Obligations to various citizen groups and also served as Chair of the Inter African Network of Human Rights Organizations based in Zambia.

Mr Ghartey also lectured in various fields of Law and Investment and was an adjunct lecturer of Investment Law at the University of Ghana Business School.

He also taught Company Law at the Ghana School of Law and Mountcrest University in Accra and served as lecturer in Corporate Governance and Executive MBA at the Ghana Institute of Management and Public Administration (GIMPA) and instructor at the Ghana Stock Exchange.

In 2004, he authored Ghana’s leading legal publication on Investment and Business, “Doing Business and Investing in Ghana-Legal and Institutional Framework”.

Mr Ghartey who is a member of the New Patriotic Party (NPP) was inspired to join the Party in 1992 due to his strong values on Freedom, Democracy, Respect for Human Rights and the Rule of Law, and Private Sector Development, a philosophy that was dear to his heart.

He started as a member of the Sekondi Campaign Team and later served as Chairman of the Greater Accra Regional Disciplinary Committee of the Party.

He was part of the team that wrote the “Stolen Verdict”, in 1993, which was a detailed account of the widespread electoral malpractices that occurred during the 1992 general election and chaired the Session of the National Conference that amended NPP’s constitution in August 2009.

He was also a member of the team of legal experts appointed by the National Council of the NPP to review the conduct of the election petition that was filed in the Supreme Court after the 2012 elections and to provide recommendations going forward.

Mr Ghartey is currently the NPP Member of Parliament for Essikado/Ketan Constituency in the Western Region.
He was first elected to the seat in the December 2004 elections and was re-elected in both the December 2008 and December 2012 elections. In all the three elections he was not contested in the primaries of the NPP to choose the parliamentary candidate for the Constituency.

As Attorney-General, Mr Ghartey launched an Agenda for Change in the Ministry of Justice, where he introduced the Justice for All which, among other things provided access to the courts for people in remand custody for long periods without prosecution.

The programme saw the release of hundreds of incarcerated persons from custody not prosecuted or convicted, but were held by the State.

As a member of the Mines and Energy Committee of Parliament, he was instrumental in the decision to establish the Petroleum Commission of Ghana.

After the 2012 elections, Mr Ghartey was nominated by the NPP minority in parliament to the position of Second Deputy Speaker of Parliament in the 6th Parliament of the 4th Republic.

He currently chairs the Committee of Members Holding Offices of Profit and is also a member of the Constitutional, Legal and Parliamentary Committee and the Standing Orders Committee.

He was also appointed a Consultant to the Parliament of Sierra Leone and drafted a Code of Conduct for that Parliament.

In May, 2017, President Akufo-Addo created the Ministry of Railways Development as a cabinet position and named Mr Ghartey as the sector Minister.

Mr Ghartey declared his intention to contest the position for Presidential candidate of the New Patriotic Party before the 2016 elections.

From his days as team manager of Mfantsipim School sports teams, Mr Ghartey has been a football fanatic and a strong supporter of Ghana’s local football league and served as Counsel to the Accra Hearts of Oak Supporters Union (National Chapters Committee) and subsequently became Chairman of Sekondi Eleven Wise, leading the club from the second to the first division of the football league.

Mr Ghartey is a philanthropist and supports many causes and is an avid reader and an accomplished author, currently working on various scholarly projects that will see print in due course.

He is married to Efua Ghartey, a lawyer and co-founder of the law firm, Ghartey & Ghartey.
They have five children.