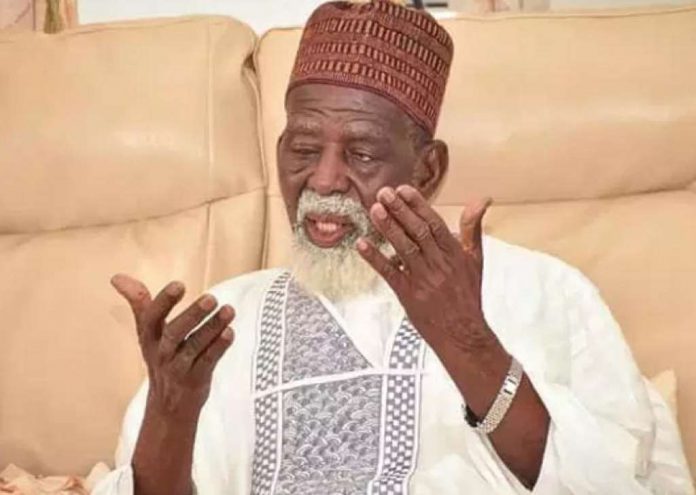 The National Chief Imam, Dr. Sheikh Osmanu Sharubutu, has stated that the fear of God, and total reliance on the Almighty Allah, is obviously, the reason behind his long life, which is being admired by many people in Ghana and beyond.

The items are to be used during the observation of the Ramadan fasting which is on-going among the Muslims.

Speaking at the function, Sheikh Sharubutu noted that man must endeavour to stay away from evil and be law-abiding or righteous in accordance with the dictates of Allah.

He also noted that mankind in general and leaders in particular have to be selfless in their daily dealings.

Dr. Sharubutu who received the items commended the donors for the gifts and stressed that persons who give generously, would definitely be rewarded by Allah in multi-folds.

He also praised the Council for the presentation which he emphasized that the Council has been consistent in supporting him during fasting periods since they started the donation years back.

The Chief Iman later led Special Muslim prayers with the gathering at the programme for the donors and the nation as well and for peace to reign in all aspects of the nation’s activities.

On his part, the Chairman of the Prophets and Spiritual Council, Mr Peter Sampah stated that it is clear that the Chief Imam is a fine and top religious leader of the nation per his peace loving and exemplary leadership style.

He said both Muslims and Christians are one people as they descended from two Brother Ishmael and Isaac who were from Muslim and Christian lineages.

He said it is this Historical fact that proves that Chief Imam is a great brother of theirs. He stressed that they were at the Chief Imam’s Office to support their Muslim brothers to go through Ramadan successfully.

Chairman Sampah said without reservations that the Chief Imam is clearly father of our nation, which consists of so many Muslims and Christians among others.

Chairman Sampah also noted that it is heart-warming that Chief Imam is 102 years, adding that they are also grateful to God to be part of these great moments of the Chief Imam who is observing this great achievement in his life. He said it is his wish to know the secret behind Chief Imam’s long life, to which the Chief Imam said the secret is the fear of Allah.

On his part, the Spiritual Leader of the Council and Head of Israel King of Jews Church, Na’koa Prophet  Nazareth Ansah  Jamson in an interview after the programme also stressed that if one wants to follow God truly , then all evil and wicked deeds should be stopped and rather surrender totally to God and rely on Him fully.

FashionGHANA Presents The Look Book For Its New ‘Direction’ Collection