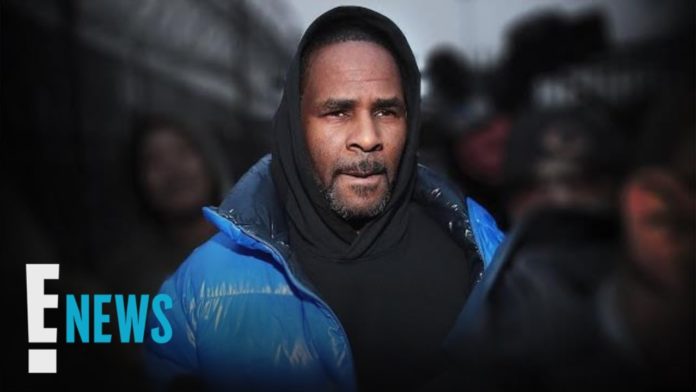 Prosecutors on Monday rested their case against R&B superstar R Kelly after a month of testimony from victims and employees as part of his sex trafficking trial in a New York federal court.

The sprawling racketeering trial — which alleges Kelly ran an enterprise that trafficked women and girls for illegal sex over more than a quarter-century — saw more than 10 accusers take the stand, along with dozens of other witnesses, painting a pattern of abuse that the singer meted out with stunning consistency.

Though the women varied in their experiences with Kelly, 54, they described a charismatic but controlling celebrity who often targeted younger women at shows, sometimes forcing himself on them then and there.

“He was either very nice, charming and jovial, or he was very controlling and intimidating,” said one accuser, Stephanie, who claims she was sexually abused by Kelly when she was 17 in the late 1990s. “He could put the fear of God in me.”

Stephanie said that Kelly, born Robert Sylvester Kelly, even compared his sexual preferences to those of notorious rock star Jerry Lee Lewis, who at age 22 notoriously married his 13-year-old cousin, derailing his career for a time.

Kelly’s methods became repetitive over the decades, the women testified. He made all his girlfriends call him “Daddy” and controlled how they dressed, when they could use the bathroom or eat, how they could interact with men, and whether they could leave the rooms he kept them inside his houses or hotels on the road.

They were required to watch him play basketball and many were coerced into writing “collateral” letters that falsely claimed they had stolen money or jewelry from Kelly or had been sexually assaulted by family members, according to their testimony.

Kelly, who was acquitted at trial of child pornography charges in Chicago in 2008, was obsessed with recording his sexual acts with partners, often without asking for permission, witnesses said.

In the first video he recorded with Jane she was just 17 and Kelly made her crawl back and forth, then recorded them having sexual intercourse, she said.

As the decades passed, Kelly went from filming the encounters using camcorders on tripods to iPads that he kept in a bookbag, numerous witnesses testified.

He spanked and beat some women and girls, including one 17-year-old victim whom he assaulted with his Air Force One shoe when he thought she was lying to him, according to testimony.

The singer, who partners say frequently declined to use condoms, was also charged with transmitting the sexually transmitted disease herpes to two victims.

“I was devastated,” Jane said of finding out she had herpes at 17. “I felt that this man had purposefully given me something he knew he had.”
But Kelly was unfazed by her contracting the disease, she said.

“It’s no big deal,” the singer told her.

Prosecutors also called more than five witnesses to speak about the illegal marriage between Kelly and his teen protégé Aaliyah, born Aaliyah Haughton.
Aaliyah was a rising R&B star who worked closely with Kelly — then died in a plane crash in 2001 at age 22.

While there has long been speculation about the marriage, prosecutors had witnesses who detailed the 10-minute ceremony in a Chicago hotel when Aaliyah was just 15 after Kelly’s manager bribed an official to make Aaliyah a fake ID saying she was 18.

Another witness said she saw Kelly and Aaliyah engaged in a sex act in a tour bus when Aaliyah was no older than 14.

On cross-examination, Kelly’s defense attorney Deveraux Cannick sought to poke holes in the accusers’ testimony, suggesting that former girlfriends were inconsistent in their testimony and that they could have left Kelly at any time but chose not to.

He questioned one woman, known as Faith, about why she continued seeing Kelly after ”degrading” and “unwanted” sexual experiences with the singer.
“After all that … you went to visit him again?” Cannick asked.

A masked and calm R Kelly has remained neutral throughout the first month of trial, showing no visible reaction to the graphic allegations leveled against him.

The defense will begin putting on its case Monday, which is not expected to go for more than a week, after which jurors will begin deliberations.