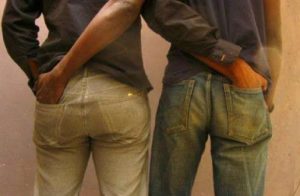 Defence Network for Democracy(DEFNED) has critically monitored and observed with keen interest concerning previous and the recent controversies surrounding the sexual reproductive rights and freedoms of Lesbian, Gay, Bisexual and Transgender (LGBT) people in Ghana, and wish to strongly make its candid position legally clear on the matter in question in totality in accordance with the provisions of the 1992 Constitution of Ghana, the African Union Human Rights Conventions and the Charter of the United Nations and International Human Rights Law. 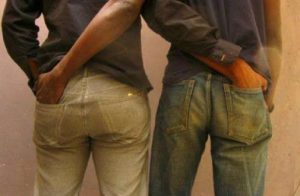 DEFNED wish to state with unequivocal conviction that, the fundamental human rights and freedoms of the LGBT people who are totally marginalized in Ghana’s current democratic dispensation are fully guaranteed under the 1992 Constitution of the Republic of Ghana and that, any call or form of pressure from faith-based bodies, religious organizations ,traditional rulers ,some members of the legal profession and some individuals in the Country on successive governments of Ghana to enact a law that endangers and infringes on the universally recognized human rights and freedoms of persons belonging to the sexual minority groups in the Country is highly untenable ,barbaric and unconstitutional under Ghana’s current democratic dispensation .

DEFNED further wish to remind all manner of persons and organizations in the Country who are actively involved in pushing and pressurizing the current government to make a law that bans ,suppresses and discriminates against the rights and freedoms of persons belonging to the sexual minorities groups that, the fundamental human rights and freedoms of the sexual minorities are heavily protected under Ghana’s 1992 Constitution which is the supreme law of the Country particularly Article 12 (1) , Article 17 (2) , Article 21(1) (b) and Article 33(5) of the Constitution.

Indeed, DEFNED is strongly reminding the current government of Ghana under the leadership of H.E. Nana Addo Dankwa Akufo-Addo of its constitutional obligation under Article 35(4)(5) ,Article 37 (1) ,(2)(b) and (3), Article 40 (c) (d) of the 1992 Constitution of the Republic of Ghana to protect and promote the fundamental human rights and freedoms of the marginalized and vulnerable sexual minority groups in Ghana thereby boosting and strengthening the democratic credentials of the Country in the International scene .

In the light of the above , DEFNED is seriously reminding all persons ,institutions of state, faith-based organizations and other private entities in Ghana by raising further their awareness to the effect that, Article 35(1) of the 1992 Constitution has categorically propelled Ghana as a democratic state founded on democratic culture ,norms and values underpinned by the ideals of freedom and justice in a free and democratic Ghanaian society for all .This is because ,democracy involves the rights and freedoms of the people to freely determine their own destiny towards the realization of national development agenda .

In conclusion , DEFNED hereby condemn in no uncertain terms the continuous attacks ,hate speeches ,stereotype ,discrimination ,marginalization and incitement to hatred meted out against the vulnerable and marginalized LGBT people in the Ghanaian society .Ghana as a truly democratic Country must aspire to higher heights in respects of advancing the cause of protecting and promoting human rights of her citizens and all persons in the Country at large , where persons escaping persecution on the basis of their sexuality ,gender identity and sexual orientation can seek refuge in the Country on the African continent and the World at large.

Hence ,the constitutional and international treaty obligation on the current government of Ghana to immediately take robust steps in strengthening the protection and promotion of all the universally recognized human rights and freedoms of all persons including the sexual minority groups in the Country. Meanwhile, DEFNED has the national and international obligation under the United Nations Resolution 53/144 of 9 December, 1998 on the Declaration of the Right and Responsibility of Individuals ,Groups, and Organs of Society to Promote and Protect Universally Recognized Human Rights and Fundamental Freedoms in all Countries of the World.

2021 AFCON: My players were determined and knew how to represent the country – Morocco’s Coach

Nigeria a country at Ground Zero

E-Transaction levy is counterproductive to the country’s cashless economy

Sosu sues IGP over enforcement of his Fundamental Human Rights