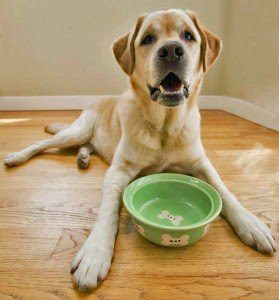 A controversial annual festival which puts dog meat on the menu in a small southern Chinese city has once again met with anger and protests from animal rights activists. The Lychee and Dog Meat Festival, slated for Monday this year to mark the summer solstice, the longest day in the Chinese lunar calendar, has put Yulin, a city with a population of 600,000 in Guangxi Zhuang Autonomous Region, into the media spotlight every June.
Locals believe dog meat is no different from pork and they should be free to enjoy their tradition without finger-pointing, while critics are concerned about animal cruelty and the health risks of eating dogs, with suspicions that many of the animals are stolen and reach the table without any inspections or quarantining.

PROTESTORS BARK
“Dogs are humans’ friends. Stop killing; stop buying, selling and consuming!” reads one of the text messages Zhong Peihua has frequently received over the past week.
The owner of a dog meat restaurant in Yulin knows the annual war waged by animal welfare groups and dog lovers has started.
Traders like Zhong have been getting hundreds of such text messages in recent days. They are encouraged to cancel the festival or even face threats against their businesses.
“We are used to it. Some traders just turn off their phones,” said Zhong, whose restaurant has been open for 27 years.
Bombarding traders with text messages is just one of the activists’ methods.
Chen Tianhai, head of an animal protection society in Guangxi, makes regular trips to Yulin.
On Saturday, he and other volunteers sat quietly in front of a market in the city, holding banners with the slogan “Stop Killing!”
“Why can’t they just eat chicken or duck?” Chen asked.
With many countries having already banned eating companion animals like dogs and cats, he urges the local government to outlaw the festival.
As some 10,000 dogs are reportedly set to be slaughtered in Yulin, it’s not surprising that people have tried various ways to rescue them.
A dog lover who gave her surname as Yang has adopted thousands of dogs which might otherwise have been served to diners. She has come to Yulin in the run-up to the festival to try to buy more. “Who knows what risk this supposed delicacy poses to people’s health?” she asked.
The event has also ignited fury on social media. Hundreds of thousands of Chinese web users including many celebrities have been vocal in opposing the festival on Sina Weibo, China’s Twitter-like microblog.
According to an ongoing poll by Sina Weibo, 87.9 percent of the 4,606 people who had responded by 7 p.m. on Sunday think China should enact laws to prohibit animal abuse, while 12.1 percent say it is not necessary.
There have also been nearly a million tweets from people using the hashtag #StopYulin2015 over the past month, The Washington Post reported.

TEACH AN OLD DOG NEW TRICKS
Chen Taotao, deputy head of Yulin’s food and drug administration, said the local government has never supported the festival, which is “just a gathering of locals on summer solstice”.
The event started life in the summer of 1995 as vendors put up banners reading “Welcome to the dog-eating festival” in a food street to attract visitors, said Wei Wanli, an employee with the Yulin veterinary bureau.
It was promoted more strongly after 2009, when a dog dish won a prize in the city’s food festival.
The Yulin government has promised to crack down on anyone caught stealing dogs and to ensure food safety, and has banned public slaughter.
But the question of whether dog meat is a delicacy or an example of cruelty remains divisive; a conflict between folk custom and animal protection.
With an increasing number of China’s pet-owning middle-class adjusting their diets, more Chinese, especially the young, see dogs as friends not food, said Xie Pingxiang, deputy chief of the Guangxi Traditional Culture Studies Association.
The practice of eating dog is gradually dying out in other Chinese provinces including Jiangxi, Yunnan and Hubei.
In 2011, the eastern Zhejiang Province banned the Jinhua Hutou Dog Meat Festival after denunciation at home and abroad.
Changes also seem to be coming to Yulin. Five years ago, Zhong Peihua could sell 30 dogs a day, but now he’s lucky if the number is five.
Other traders interviewed by Xinhua said they were selling about a fifth as many dogs as they were five years ago.
“You can see people’s minds are changing,” said Zhong, whose son and daughter refuse to eat dog meat. Enditem
(Xinhua correspondent Wu Xiaokang in Guangxi also contributed to the story)

Namibia’s beef exports up 76.9 percent in May

“In this vibrant city, I feel energy, freedom and efficiency”: Hong Kong in eyes of foreign residents