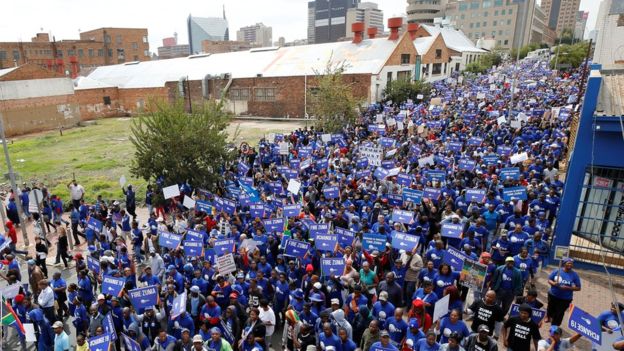 Protests continued to be held in Yangon and other cities in Myanmar on Tuesday, despite a ban on gatherings in certain townships which was announced earlier.

Gatherings of five or more than five persons at public areas are banned in some townships of regions and states under Section 144 of Criminal Procedure Code, said an order issued by the Military True News Information Team.

At the same time, a night-time curfew, running from 8:00 p.m. to 4:00 a.m. local time, has also been imposed in all townships excluding Cocokyun township in Yangon, in some townships of Nay Pyi Taw, Mandalay and some other regions and states, according to the order.

“The curfew and ban on gatherings will be imposed in the places where crowds are most likely to occur,” an official from Myanmar Police Force told Xinhua.

Meanwhile, protests continued in the country on Tuesday, demanding the release of State Counsellor Aung San Suu Kyi and others. A one-year state of emergency was declared in Myanmar after President U Win Myint and Aung San Suu Kyi were detained by the military on Feb. 1.

The military had demanded the postponement of new parliamentary sessions, alleging massive voting fraud in the November 2020 general elections, which saw the National League for Democracy win a majority of seats in both houses of parliament. Myanmar’s Union Election Commission dismissed the allegation.