The Ghana Psychological Association (GPA) has expressed concerns over the revocation of banking licenses of UT/Capital Banks by the Bank of Ghana.

The Ghana News Agency reproduces the full text of a four-paged document signed by Mr Richmond Acquah-Coleman, the Public Relations Officer of the GPA.

“The Ghana Psychological Association (GPA) has taken notice of the recent happenings in the banking sector particularly the action by the Bank of Ghana (BoG) to withdraw the license of two indigenous commercial banks (UT and Capital Bank) in the country.
We wish to commend the BoG for that bold step taken to safeguard the life savings of customers of these two banks and also to build investor/international confidence.

According to reports that have come in thus far, we understand that the two banks are financially distressed and incapable to meet their financial obligations, and nearing bankruptcy, hence the action.

While we commend the BoG and all parties involved for their prompt intervention, the GPA has observed with dissatisfaction the processes leading to the Purchase and Assumption (P & A) of the two banks and the responses of the key actors in the takeover process.
The failure to adequately create change readiness for all principal stakeholders ahead of the takeover is indeed a worry.
In our view, people are the most important asset of organisations.

This is however, not the case as more than usual attention is given to assets and liabilities without recourse to other principal actors revolving around the affected banks.

The GPA would like to draw the attention of the key actors that this can be psychologically devastating.

What is most perturbing is the rapidity with which the takeover process was effected when the news broke without adequate communication to all principal stakeholders (staff, customers, competitors, and relatives of the affected individuals) of the affected banks.
Information available from the BoG indicates that GCB Bank will retain all staff for about six months and may subsequently lay some off.
Granted GCB Bank may not be obliged to cater for employment engagement of the affected employees, it is equally of prime importance that the psycho-social health and wellbeing of all principal stakeholders should have been calculatedly factored into the imminent takeover process.

Even though the promptitude of BoG to salvage the two banks has been necessary, the hiked announcement, rapidity in changing organisational artefacts of the affected banks, unstructured communication ahead of the takeover process, coupled with the less engagement with principal stakeholders have arguably led to anxiety, panic and uneasiness among some staff, customers and family members of individuals working in UT and Capital Banks.

It is lucid to say that it is unfortunate to have largely discussed plans on the intended takeover in corporate boardrooms among possibly managerial-cohorts, which largely tend to focus more on the asset (liabilities) transfer to the neglect of rippling psycho-social effects on the human component.

This situation has the tendency to undermine the achievement of the short- and medium-term financial objectives.

The failure to engage employees on change readiness, its implications, and possible exit strategies could fuel general underperformance among the employees who would now not be in the right frame of mind to work as they will be preoccupied with concerns of job security.
Given the current circumstance, job loss is imminent and it’s important that steps are taken to mitigate the foreseeable negative outcomes.

The volatility in the employment environment in the last two decades suggests that the frequency of job loss around the world is not to abate any time soon. Thus, we understand that job loss has become a fact of life event and workers must understand that it’s unlikely that a person will spend a lifetime with one organization.

However, psychological research, over the years, has shown that job loss is a very stressful event that can impair a person’s economic, psychological, physiological, and social lives.

The most apparent adverse impact of job loss is the loss of income which can significantly affect one’s standard of living and wellbeing.

Job loss is negatively associated with mental health and positively related to anxiety, hostility, anger, and largely depression.
In some cases, displaced workers are confronted with embarrassing experiences and tend to evaluate themselves in negative terms.

These reported symptoms are as a result of the high-risk health behaviours that displaced workers tend to engage themselves in their quest to cope with the stress of job loss.

Studies indicate that job loss leads to some behavioral responses such as increased alcohol use and abuse as well as smoking.

Socially, job loss is not an individual issue, but a household and societal concern, affecting spouses and families leading to diminished social support, less relationship satisfaction and the deterioration of parent-child relationships.

In recognition of the plethora of negative effects of job loss, the GPA suggests that adequate measures must be provided to effectively facilitate the coping by employees of the affected banks in this difficult situation.

To this end, the GPA is calling on relevant actors (BoG, GCB, and PwC) in the takeover process to effectively manage the ongoing process and its outcomes to reduce uncertainty and to boost morale as well as the self-esteem of employees in the affected banks. Decisions concerning workers who will survive and non-survivors out of the takeover action must be properly managed through psychological interventions and the criteria for reaching such determination must be transparent in order to minimize anxiety, fear, and uneasiness.

As a country, it’s about time we begin to think of providing unemployment insurance as well as psychological insurance benefits to displaced workers to reduce the financial and psychosocial burdens of losing one’s job.

We trust that all stakeholders involved will take appropriate actions to ensure confidence and security of service in the banking industry and the economy as a whole.

A fair and balanced treatment of employees and customers of UT and Capital Bank will adequately offset the creation psycho-social problems while we work towards finding solutions to financial problems on hand.

To any affected person(s) who is/are presently experiencing crisis as a result of the takeover process, we advise that you seek support and help from qualified mental health practitioners such as licensed psychologists and counsellors.” 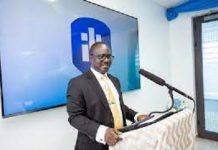