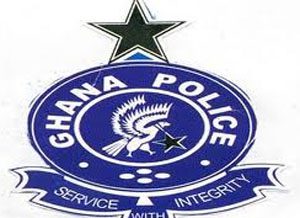 Mr Jacob Ahuno, Project Officer of the Ghana Integrity Initiative (GII), an anti-corruption non-governmental organisation, has appealed to the leadership of the police service to restore and maintain public trust and confidence. He said public confidence in the police had waned because of the seemingly corrupt practices within the service and urged the leadership to be more proactive and responsive in restoring its reliability.

Mr Ahuno made the call at a seminar on strengthening and implementation of national anti-corruption legislation in Kintampo and attended by religious and other faith-based organisations.

The NGO, which is the local chapter of Transparency International, with funding from Star-Ghana organized similar seminar for other community-based organisations as well as Municipal and District Assemblies.

Mr Ahuno said because public trust in the police had diminished for some time now as a result of the activities of some corrupt personnel, instant justices and disorderliness had gained root in the society.

He said bribery and extortions, which had soiled the image of the service, could only be controlled if the police administration remained resolute, checked and sanctioned corrupt personnel.

Mr Ahuno said the role of the general public in fighting especially institutional corruption could not be over-emphasised.

He reiterated the need to educate the general public on existing anti-corruption legislations and also get them abreast with certain moral codes governing public institutions in fighting corruption especially within the formal sector.

He said because many Ghanaians had not shown any interest in the activities of district assemblies, especially, in the areas of revenue inflows and outflows, corruption was rife in the assemblies.