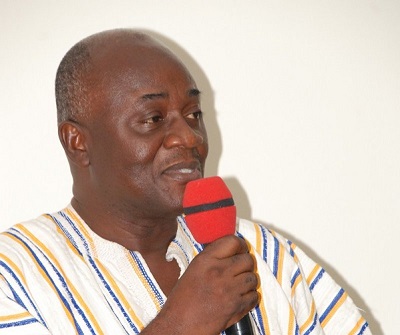 Government, through the Internal Audit Agency (IAA), has prepared a mechanism to annually assess, rank and publish the compliance level of public institutions to all aspects of public financial management laws.

The Public Financial Management Compliance League Table (PFMCLT) is to among other things, inject discipline into public institutions in the management of public funds, improve transparency and ensure value for money in public expenditure.

Mr. Dan Botwe, Minister, Local Government, Decentralisation and Rural Development, who launched the league table emphasised the need for urgency in unravelling malfeasance and discrepancies in real-time within the public sector and taking corrective actions.

This, he said was crucial to building public confidence and trust towards committing more financial resource to the government through the introduction of new levies and taxes.

“Ghanaians are not so much interested in finding out what has happened to monies that were squandered and then we publish it.

“When the people entrust their faith in us-the bureaucrats, they think that after going to school and getting all the degrees and calling ourselves experts and consultants, these are the things that we should be able to fix” he said.

He added that, “you cannot have the degree and the knowledge and then say that somebody is misbehaving when you are supposed to put in place control measures to ensure all that doesn’t happen”.

He called on assessors of the league table to set out clear indicators while ensuring transparency and stakeholder consultation in the process of data collation.

Dr Eric Oduro Osae, the Director-General of the IAA, indicated that the PFMCLT was necessitated to curb the growing level of irregularities especially among SOEs.

He noted that a January 2022 nationwide Audit Committee performance monitoring conducted by the IAA, further highlighted the low compliance of PFM act among public institutions.

The thrust of external auditing which fails to encapsulate all aspects of the PFM cycle, he said, had created a lee way for institutions not to pay attention to meeting requirements of PFM act.

He therefore called on the Audit Service to fully integrate the PFM cycle in audit planning for public institutions.

Dr Osae also indicated that the league table would seek to harmonise the work of institutions such as Public Procurement Authority (PPA) and Ministry of Finance that were created to ensure compliance of aspects of PFM laws.

He said that institutions which rank low on the table would be provided the needed system support to improve ranking.

“If you fail, we are going to advise the Ministry of Finance and the appropriate institutions to apply the required sanctions. If you are a coordinating director, the chief director of a ministry and you have failed in complying with PFM laws, you have no business sitting on that seat”.

The Centre for Local Governance Advocacy would be working closely with the IAA to ensure that data from the table are carefully analysed to guide policy formulation.

Dan Botwe and six others honoured

Give priority to Risk Base Audit as a Nation : Dr. Eric Oduro Osae