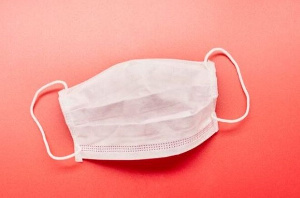 The Minnesota-based company’s statement came as a response to Trump’s order made a day earlier under the wartime Defense Production Act (DPA), directing Homeland Security Secretary Chad Wolf to “use any and all authority available under the Act to acquire, from any appropriate subsidiary or affiliate of 3M Company, the number of N95 respirators that the Administrator determines to be appropriate.”

The company said the Trump administration “also requested that 3M cease exporting respirators that we currently manufacture in the United States to the Canadian and Latin American markets.”

3M added that “there are, however, significant humanitarian implications of ceasing respirator supplies to health care workers” in those countries, where the company said it is “a critical supplier of respirators.”

“In addition, ceasing all export of respirators produced in the United States would likely cause other countries to retaliate and do the same, as some have already done,” 3M said. “If that were to occur, the net number of respirators being made available to the United States would actually decrease. That is the opposite of what we and the Administration, on behalf of the American people, both seek.”

Meanwhile, 3M said its recent actions are already in line with Trump’s latest request that the company increase the amount of respirators it currently imports from its overseas operations into the United States.

“For example, earlier this week, we secured approval from China to export to the U.S. 10 million N95 respirators manufactured by 3M in China,” the company said.

In a tweet sent Thursday night, Trump slammed 3M for “what they were doing with their Masks,” adding that following the issuance of the DPA order, the company “will have a big price to pay!”

Calling the president’s blame “absurd,” 3M CEO Mike Roman said on CNBC’s “Squawk on the Street” on Friday that “nothing is further from the truth.”

“The idea that 3M is not doing all it can to fight price gouging and unauthorized reselling is absurd,” Roman said. “The idea that we’re not doing everything we can to maximize deliveries of respirators in our home country — nothing is further from the truth.”

The latest tensions not only paint an starkly opposite picture to a well-established public-private partnership hailed by U.S. Vice President Mike Pence — who now leads the White House’s response efforts to the COVID-19 pandemic — as Trump’s achievement, but also come at a time when administration officials have reportedly sounded alarm about the country’s well of protective gears running dry.

“The stockpile was designed to respond to a handful of cities. It was never built or designed to fight a 50-state pandemic,” one of the officials was quoted as saying.

Trump confirmed at the White House Coronavirus Task Force news briefing Wednesday that the PPE reserve is nearly depleted. He said large portions of those supplies are being sent directly from manufacturers to hospitals.

“We don’t want it to come to the stockpile because then we have to take it, after it arrives, and bring it to various states and hospitals,” Trump said.

Criticized for a lack of a top-down planning, Trump urged states to purchase PPE directly from manufacturers. “We’ve asked states where they have large manufacturers of different types of equipment to use those local factories, those local plants and have it made directly, ship it right into the hospitals.” Enditem