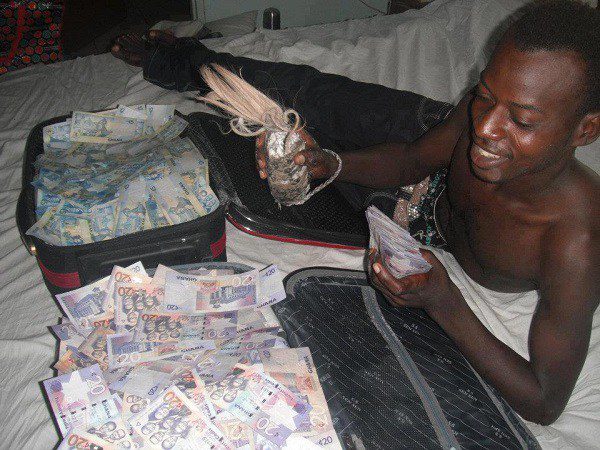 It has become clear that some people have chosen to rely on lies and deception to embark on their activities in homes, work and public places. 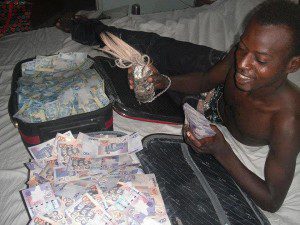 while some of these people do this for entertainment, others rely on lies falsehood and deception to eke out a living through dubious means. In this globalized world those using the internet and telephones have devised means of stealing money from people at home and abroad. These men and women have gained notoriety and therefore given popular accolades as ‘sakawa boys’

Lies, deception and fraud are not the preserve of only the young and ordinary guys in society but among some respected men of God, politicians’ technocrats who rely on lies and deception to make money from individuals and governments. Through lies and deception many politicians who were caught inflating monetary values government contracts in African and European countries have been sanctioned with some ending up in prisons. That is how serious the issue of lies has become.

What is disheartening about this all is that those involved in this unfortunate behavior are either Christians or Muslims who pray regularly asking God or Allah for forgiveness of their sins. Their leaders in churches and mosques also preach admonishing them to stay clear from lies and other inequities.

A careful study of the situation shows that the unfortunate habit of lying and deception is largely acquired over a long period in homes communities and schools from peers and to some extent family members. Simply put lying is habit forming that becomes part of people as they are growing up.

What is very disheartening about it is that some of those with these habits have carried them to high offices of the land such at ministries, departments and even parliaments where all members are supposed to be called honorable men. A case in point is the allegation levelled by Hon Mahama Ayariga that Hon Boakye Agyako Minister of Energy has doled out huge cash to some members of the appointment committee of parliament to consider him during his vetting. The issue has ended up in Mahama Ayariga being found to have peddled falsehood even though two of his colleagues have put up a fight in support of him.

Mahama Ayariga says he does not know Boakye Agyako and therefore could not have got the bribe cash from him. Hon Muntaka Mubarak through whom the bribe cash was said to have been paid swore by Allah that no such thing happened. A look at the situation shows that someone is not telling the truth in this case. Since the report of the special committee set up by the Speaker of Parliament Prof Mike Ocquaye on the issue has indicted Hon Ayariga majority of people would want him to be sanctioned.

The Joe Ghartey committee concluded that, Mr. Ayariga fell foul of Article 122 of the 1992 Constitution, Section 32 of the Parliament Act, 1965 (Act 300) and Orders 28 and 30 (2) of the Standing Orders of Parliament and thus recommended that the Bawku Central MP be made to apologize to Speaker of Parliament. Parliament voted to approve the committee’s report leading to an apology from Mr. Ayariga, but the MP cautioned that the House’s adoption of the report without any debate could have further legal implications.

In spite of the findings of the committee hon Ayariga insists that he was right in his allegation against Hon Agyarko.

His insistence on the allegation of bribery is not right because he and his accomplices could not present the cash they got as bribes as exhibits. We do not want to take a stand but to say that someone has peddled lies leading to the confused state.

In order to get people of this country to appreciate the gravity of lies, deception and how it can do damage to them and the nation, there is the need to begin to educate people on how to remain truthful.

The national project to infuse sanctity in people must begin from schools where children must be trained to tell the truth at all times. The schools must find a way to infuse the exercise of sacredness at all times. They must be told the dangers of telling lies while in schools and later in their lives.

It is our belief that the National Commission for Civic Education [NCCE] and the Ministry of Education would be made to take hold this as a national project. When handled properly it would be of benefit to the nation and its future generations who would grow to appreciate the need to tell the truth at all times