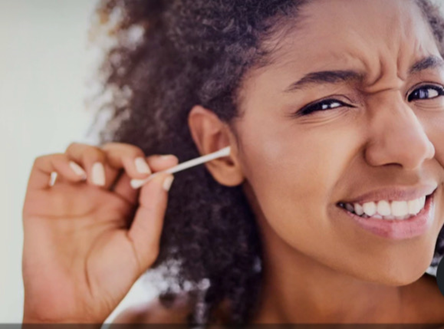 Ghanaians have been urged to desist from the habit of inserting foreign objects into their ears, to avoid contracting ear infections.

Mrs Mavis Amankwah, a nurse at the Ear, Nose, and Throat (ENT) Department of the Komfo Anokye Teaching Hospital (KATH) in Kumasi, who gave the caution, said inserting items such as cotton swabs, matches sticks, broomsticks, and feathers, among others into the ear damaged the protection of the eardrum and the wax in the ears which could result in hearing loss.

Speaking in an interview with the Ghana News Agency in Kumasi, Mrs Amankwah said though the ear sometimes got itchy which makes people want to scratch it, that should be avoided as much as possible.

“The ear sometimes gets itchy, an irritating sensation that makes you want to scratch the ear, the itching ear may be due to sore, wax, inflammation, boil or peeling off of the skin in the ear.

In all these instances, it is not advisable to use foreign materials like feathers, sticks, cotton swabs among others in the ears”, she advised.

Mrs. Amankwah added that using these foreign materials might damage the canal and could also block one’s hearing abilities.

“If one uses any of these materials in the ear, it may damage the canal which leads to the eardrum and can also entirely remove the wax which protects the ear or even push it to the tympanic membrane to block one’s hearing abilities”, she stated.

She pointed out that the wax often served as protection by preventing dirt from entering the eardrum and preventing hearing loss.

Mrs Amankwah further urged mothers to desist from inserting cotton buds and feathers into the ears of their toddlers in an attempt to remove dirt from their ears since it might damage the eardrum of their babies and lead to hearing loss.