Nana Kwame Agyeman, the Ga West Municipal Physical Planning Officer, has warned that the assembly would not tolerate the development of structures on waterways in the area. 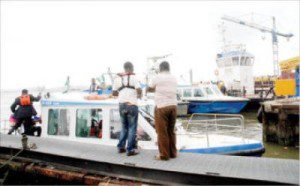 He said structures which would be built on lands to interfer with the community right of space would not be permitted.

Nana Agyeman gave the warning in an interview with the Ghana News Agency at Amasaman on Tuesday.

He said the natural resources in the municipality were paramount to the assembly and it would ensure that water bodies, forests, and grooves among others were given protection.

Nana Agyeman said in 2015 the Statutory Planning Committee of the Assembly gave approval to over 643development applications.

He said due to proper planning and survey last year the assembly did not record any disaster in the municipality and expressed the hope that the trend would continue this year.

The Planning Officer appealed to the public to desist from putting up buildings at unauthorised places which would eventually make planning difficult.

He called on landlords to pay their property rate regularly and urged incoming developers to acquire building permits and submit their drawings to the assembly for consideration and approval before they start any project.

He gave the assurance that the permit process of the assembly had been simplified to make it easier for all developers.

Nana Agyeman expressed concerns about sand winning in the area which, he said, was destroying the vegetation and called for tree planting exercise in
the areas to preserve the environment.