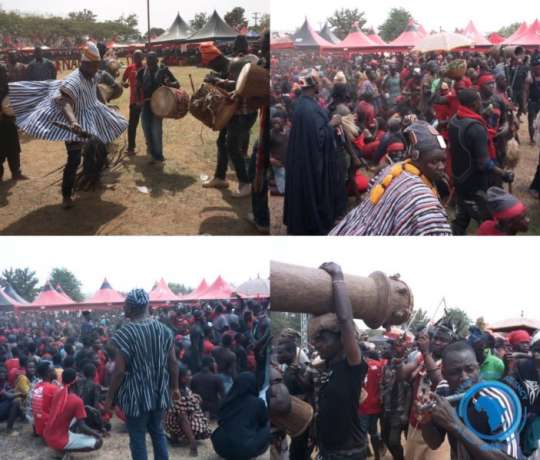 A cross-section of the public in Koforidua has expressed worry over the disregard of COVID-19 protocols during funerals and other social gatherings like wedding ceremonies.

The public, therefore, want the government to strictly enforce the restrictions on funerals and social gatherings in general to prevent further spread of the deadly virus.

Speaking with the GNA in separate interviews in Koforidua, people were worried that flouting of social distancing protocol during such gatherings could escalate the spread of the virus.

Mr Kwame Kyi, a retired health worker, said lately people were not observing the private burial directive and worse of all, it was the failure to practise handwashing with soap under running water, which was worrying.

He said people were organising funerals as if there was nothing at risk and cautioned people to stay away from funerals for their own safety.

He called on the government to as a matter of urgency, come out with an enforcement plan to ensure that the security services took full charge and enforced all directives on social gatherings.

Madam Grace Ayeh, a trader, described the manner in which funerals were being conducted as serious, and that if care was not taken the infection rate of the disease would surge.

She said over the weekend she observed about three separate funerals in her community, heavily attended, yet without any due regard for health protocols.

She indicated that the situation was not too good considering that people were getting the virus and some were dying.

Madam Grace also called for strict enforcement of the directives on funerals to prevent the spread of the disease.

The GNA observed during visits to some funeral grounds at Betom, Adweso and Mile 50, all suburbs of Koforidua in the New Juaben South Municipality, that funerals were held in open spaces with large gatherings with no regard for health protocols.

Even though, the government had rolled out the national COVID-19 vaccination strategy, health experts admonished the public to continue observing the wearing of nose mask and practise handwashing as well as keep social distance from each other, which was critical to achieving a holistic control of the pandemic.

Whiles church services were allowed without restrictions on numbers, funerals on the other hand, had been restricted to only 25 people at burial grounds in the latest government directive in containing the spread of the virus.