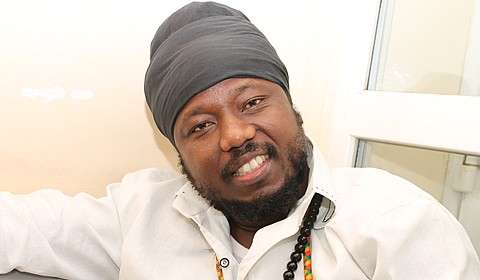 I have not been paying sedulous attention to the Ghanaian reggae artist called Blakk Rasta, who first came to my attenton via his hit single “Barack Obama.” And then for reasons that may be aptly considered to have been bred of sheer political naivety, the Rasta Boy would go on to shortly record another sound track presuming to impugn the hardwon reputation and integrity of unarguably the greatest African leader of our time. Back then, I never heard any Ghanaian politician question the sanity of the crazy ragamuffin, faux latterday reggae prophet. And so his latest flap with Ghana’s parliament is one that I find quite amusing.

Personally, I find African-born Rastafarians of the Jamaican brand to be grossly misguided and psychologically dislocated, which is not to say that people like Blakk Rasta are not entitled to their own choice of cultural self-alienation. He is an entertainer that I find to be, naturally, quite amusing. Rhythm-wise, though, there is little originality about his music. Still, if it is true that the young uppity man has made the public claim that a humongous “80-percent of members of [Ghana’s] Parliament smoke marijuana,” then, of course, Blakk Rasta ought to be summoned before the Full-House of our National Assembly to provide hard evidence for his assertion. He has to name names!

I am also quite well aware of his quixotic crusading to have marijuana smoking legalized in the country for some time now. His is a quixotic crusade?because it is highly unlikely that any?Ghanaian government will legalize marijuana smoking in the country anytime soon. Which is not to imply that there may not be a remarkable percentage of Ghanaians hooked on this globally recognized addictve drug. The preceding notwithstanding, it is also decidedly in keeping with its role and function as the nation’s law-making institution to compell any citizen who so casually presumes to malign the image and integrity of the representatives of the people to appear before it and acquit himself.

It may also not be constitutionally invested with prosecutorial and / or judicial powers, but even as some local legal lights have aptly pointed out, if Parliament finds Blakk Rasta to be in criminal contempt of the august House and its membership, it would be all-too-appropriate to refer the matter to the Attorney-General for the necessary sanctions to be exacted. The fact of the matter is that his inalienable right to free speech does not, in any way, authorize Blakk Rasta to casually defame and discredit the entire membership of Ghana’s parliament (See “Blakk Rasta’s ‘Wee’ Comment A National Security Issue – MP” Kasapafmonline.com / Ghanaweb.com 6/20/15).

At the least, Blakk Rasta must be compelled to retract his inexcusably defamatory statement and be made to profusely apologize for the same. The National Media commission (NMC) could also sanction him for the abuse of the privilege of broadcasting his views to the Ghanaian public, including suspension from his radio program and the imposition of a hefty monetary fine. I also agree with the MP from Afigya-Sekyere East, Mr. D. H. Yeboah, that Blakk Rasta’s offense verges on a breach of national security, should he be able to present forensically sustainable evidence to back up his claim. The latter ought to be envisaged from the backdrop of the already badly dented image of the country vis-a-vis the global war on illegal drug-trafficking. We need to also bear in mind that at least one prominent Ghanaian parliamentarian has been convicted of drug-trafficking and served a fairly long prison sentence abroad during the last ten years.

Indeed, in asmuch as the infamous Amoateng Case considerably dented the image and crediblity of Ghanaian politicians abroad, it is, nevertheless, a far cry from publicly asserting that 80-percent of Ghanaian parliamentarians smoke weed, in mainstream American parlance. Still, at the end of it all, we also ought not to lose sight of the fact that the toxic pronouncements of outspoken and hip-shooting MPs like Mr. Kennedy Ohene Agyapong, in the wake of the Nayele Ametefe epic drug scandal, have not helped the image and reputation of the Ghanaian politician in general, and the Ghanaian parliamentarian in particular. I am also not certain that not being a Member of Parliament, it is appropriate to have Blakk Rasta appear before the Parliamentary Privileges Committee, rather than either the Full-House or a wholly new committee specially set up for parliamentary outsiders.